On behalf of all in Ballincollig Tidy Towns, the Chairman, Tom Butler, would like to wish everyone a very happy and safe Christmas. 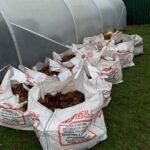 SEASON OF GOOD WILL

To the teenager who saw us struggle to load some bags of leaves and stopped to help, we would just like to say a great big “Thank You”. Your help and thoughtfulness made the job so much easier for us.

ORCHARDS IN THE COMMUNITY

Orchards in the Community is part of the DCs for Bees initiative run by Host in Ireland. It aims to bring an industry together in a way that has never been done before. Host In Ireland, its partners and other supporters have united to make a difference by pledging to deliver on actions to make Ireland more pollinator friendly and to ensure the survival of our pollinators for future generations.

This winter, with the help of their partners and community groups and organisations throughout the country, DCs for Bees are launching the Orchards In The Community Project.

Orchards play a key role in providing a food source for struggling bees. To help protect the bees and increase pollination, they hope to plant over 1,200 mixed fruit orchards throughout Ireland during the coming dormant season. Each Orchard comprises of 5 trees – 3 x Apple (Discovery, Boskoop, Katy), 1 x Pear (Conference) and 1 x Plum (Victoria).

Several of their partners and supporters have donated some of the orchards to a ‘Community Pot’ for planting by community groups, schools and other local organisations around the country. The orchards will be provided free of charge to those who may be interested and who are in a position to take and plant 10 or more orchards (50 trees).

This is not only a great experimental design but a very positive thing for pollinators. In the coming years the National Biodiversity Data Centre is keen to set up some monitoring around these trees, for example 10 minute flower insect timed counts in spring and then a recording of apples/pears/plums in autumn. This will give a very rough idea of pollination service.

The idea is to have some of the mini-orchards in each county across Ireland in order to collect as much scientific data as possible.

Ballincollig Tidy Towns is one of the groups involved in this project and, working with Castlewest Shopping Centre, has now planted the 50 fruit trees. Our Volunteers began planting them last weekend and the remainder were planted during the week. Two bags of litter were cleared from the site before planting began. It will be exciting to watch the growth and monitor their progress.

While it is not necessary to plant all 50 trees together, in order to ensure effective pollination, each orchard bundle of 5 trees should be planted in proximity to each other. The trees should ideally be planted approx. 2 – 3m apart. The Community Pot Orchards are being planted in November/December 2021 or alternatively February 2022.

For more information on the DCs for Bees Orchard Planting Project, please visit our website at www.orchards.ie

Last Sunday was the final Sunday litter pick for this year and we had a good turnout. 22 Volunteers and 2 Transition Year students gathered and they managed to cover a very large area in that hour.

Our Volunteer Henry worked with the Transition Year students and together they collected 9 half one-ton bags of leaves near the Maxol petrol station. We are beginning to see the last of the leaves falling so there shouldn’t be too many more weeks of leaf collecting ahead of us.

Some of our Volunteers carried out several litter picks during the week and one bag of glass was among what was collected over the entire week.

During the week 4 one-ton bags of leaves were collected from Parknamore.

MORE CHANGES WE NEED TO MAKE……..to save our planet

Biodiversity is defined as the diversity of life in all its forms. In the last two centuries, the exploitation of natural resources, environmental degradation, and the growth in the human population have rapidly increased the extinction of thousands of species. It is frightening to think that in less than thirty years 25% of all land animals and plants will be extinct.

For an ecosystem to remain resilient in times of stress biodiversity is imperative. As species become extinct, the diversity of ecosystems is reduced and the ecosystem itself may be lost. This rapid loss of biodiversity over the last 200 years has been directly linked to human activity. Biodiversity is essential to human life, as through the web of life all species are supplied with the essentials needed for survival.

HOW TO MAKE AN IMPACT

Spend time in nature and gain an appreciation for plants and animals in an area. This is the best way to support biodiversity.

Study past flora in an area before lawns and landscaping replaced them. Replanting the natural habitat replenishes the biodiversity of what originally grew there.

Pollinators not only supply food for insects and animals, they are essential in helping flowering plants reproduce.

Work to reduce your carbon footprint. Take a free online test to see your impact on the planet.

Reduce consumption – the less you buy the fewer natural resources are used for production.

The more knowledge you have on biodiversity the more you can educate and support others.

Become an advocate – discuss the impact humans are having on biodiversity. Share on social media. 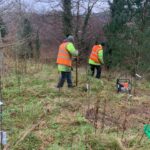 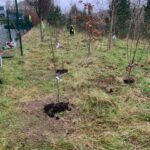 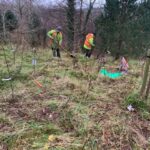