Although Christmas 2020 will be a very different affair, with not being able to hug each other and spend time with friends and family in the way we always would, we can however take pleasure in the beautiful display of Christmas lights on Ballincollig’s Main Street. It is great to see that so many premises also put up external Christmas lights. The whole thing gives a lovely festive feel to the town and has lifted peoples’ spirits. The street Christmas lighting is organized by Ballincollig Business Association and funded by themselves and Cork City Council. 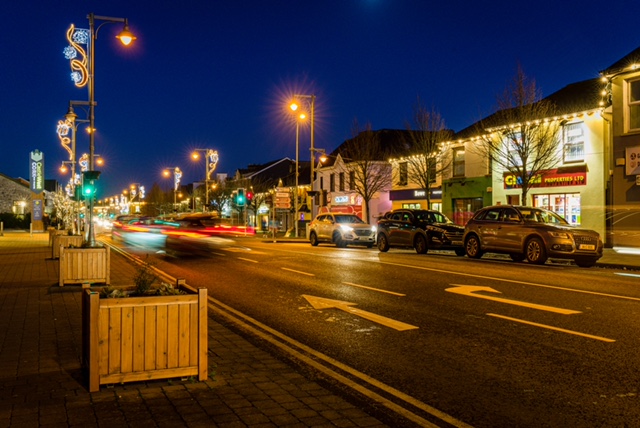 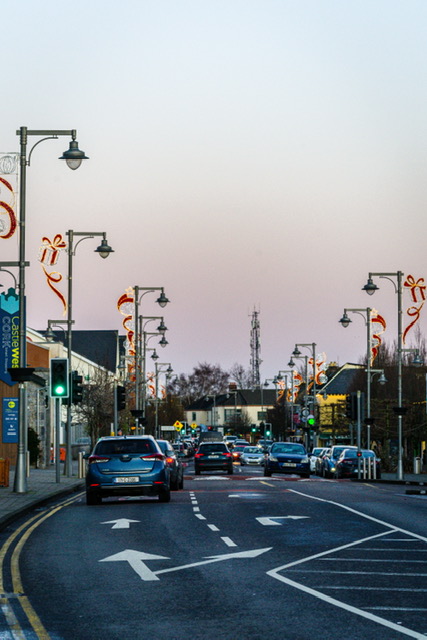 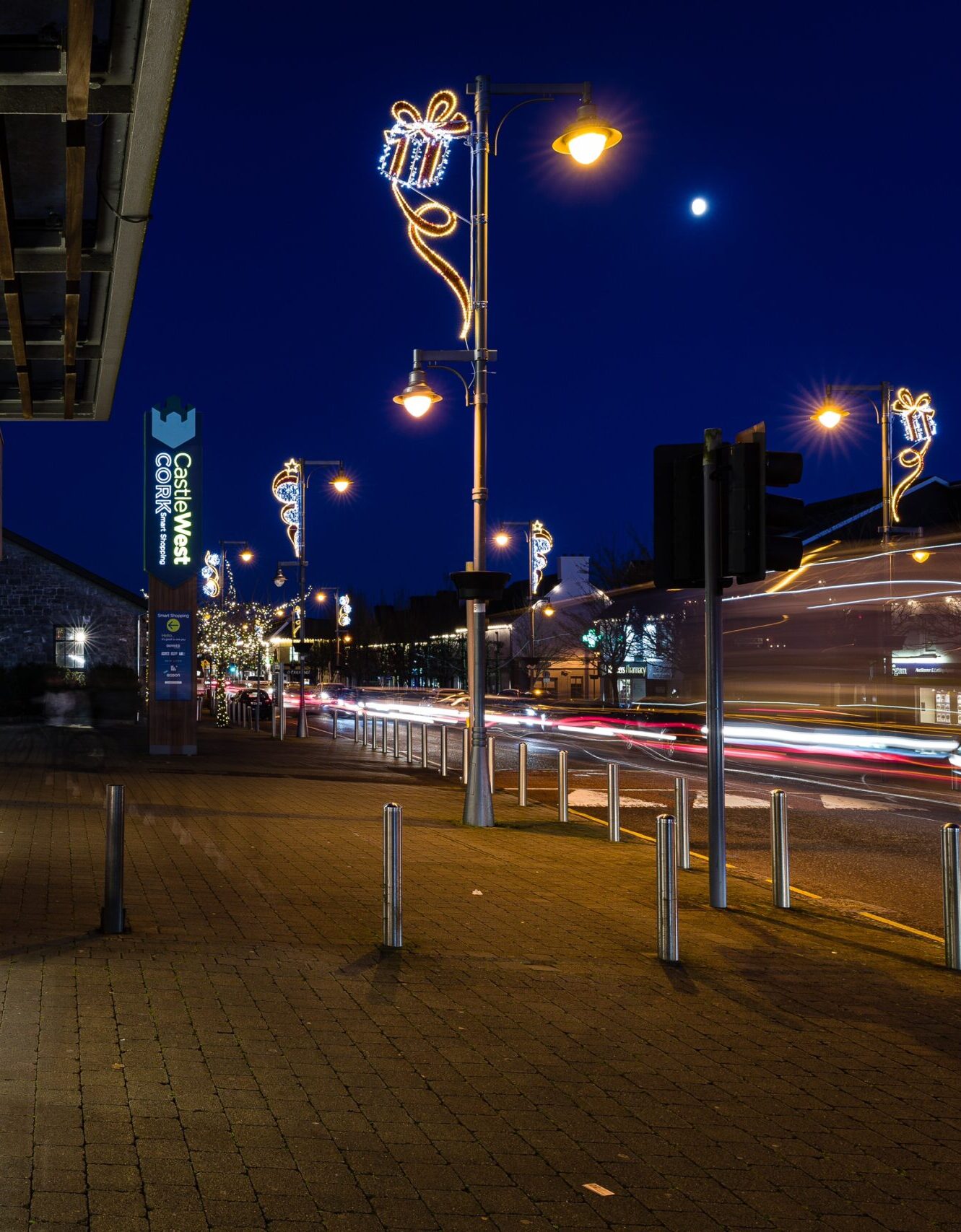 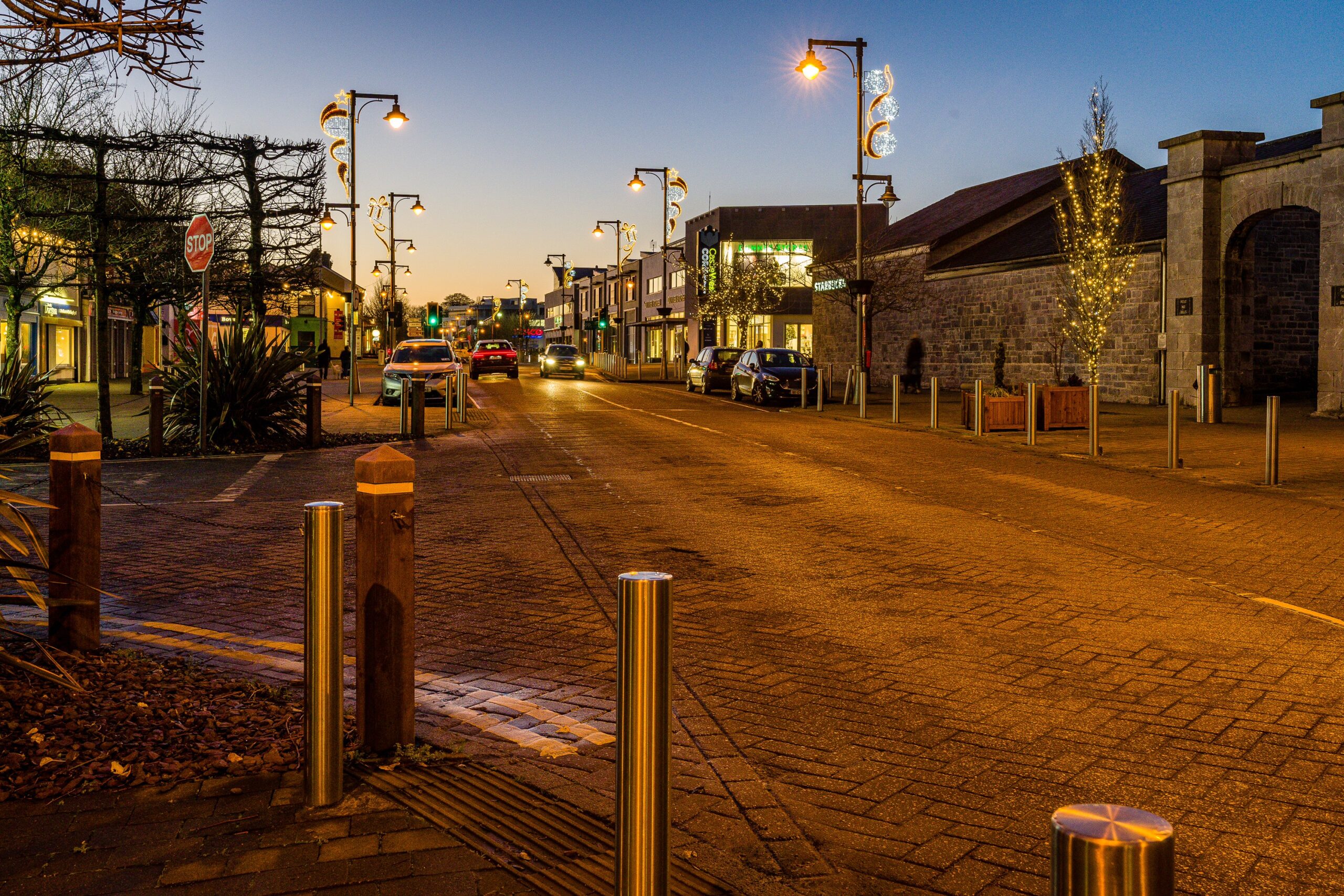 Twenty-four of the Volunteers and four of the Transition Year students concentrated on litter picking. It was very positive to see that just twelve bags of litter were collected. However, people are still disposing of their face masks on the footpath, which is both disappointing and highly dangerous.

Four bags of litter, two bags of glass, one bag of cans and one bag of plastic were collected from various Litter Picks carried out during the week by some of our Volunteers.

Fifteen Transition Year students and three of our Volunteers spent an hour gathering leaves from the Fr. Sexton Park green and also from around the Transition Stone flower beds. A total of 16 ton bags (160 large black bags) of leaves were collected.

One bag of leaves was collected by the Residents of An Caislean.

The Residents of Leo Murphy Terrace collected one bag of leaves.

Five bags of leaves were collected by the Residents of Leslies Arch in The Old Quarter.

Fourteen bags of leaves were collected from Lee Court. 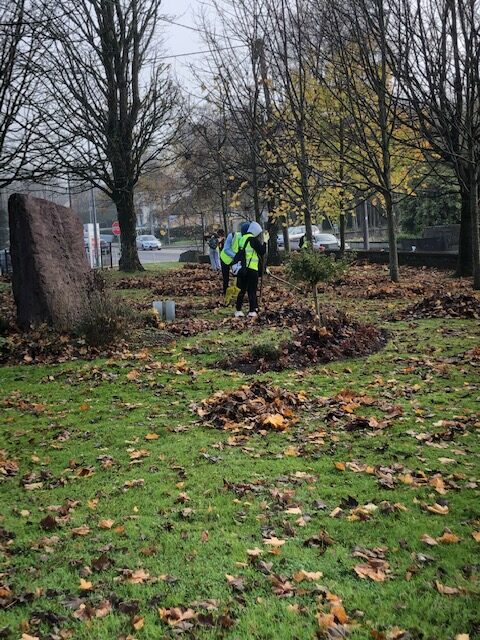 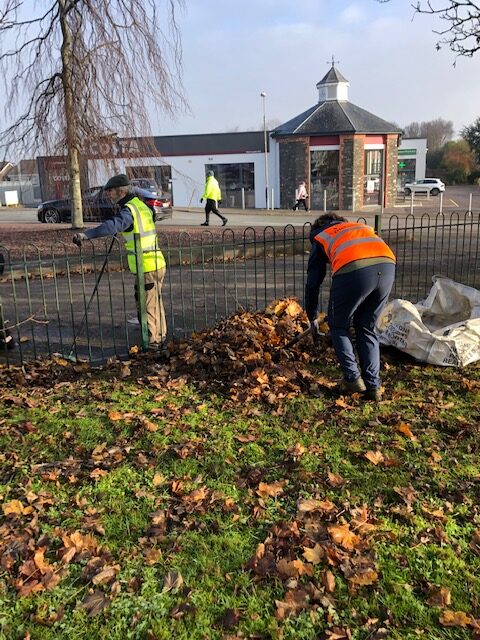 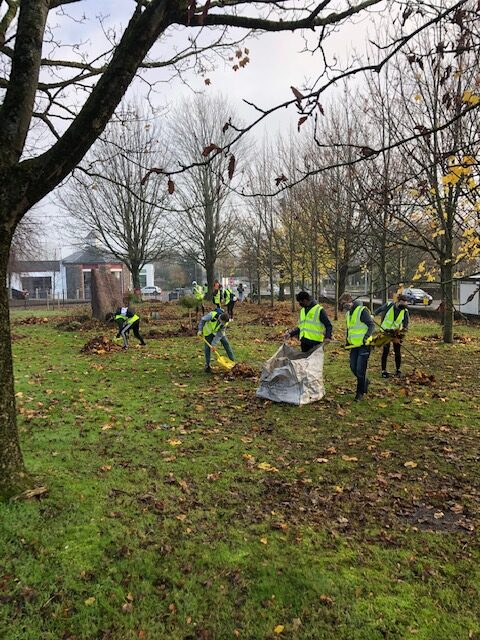 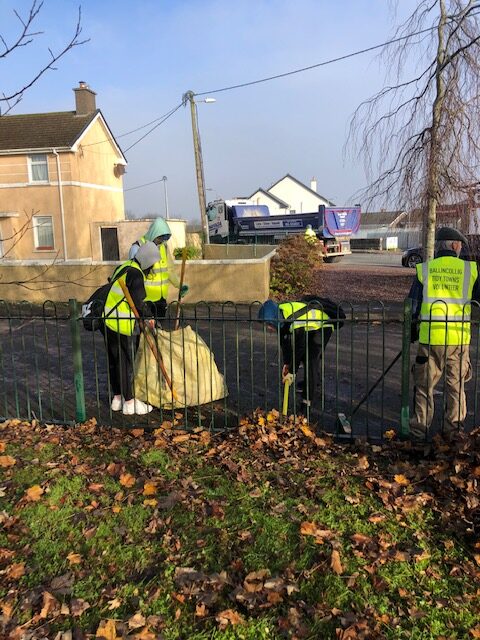 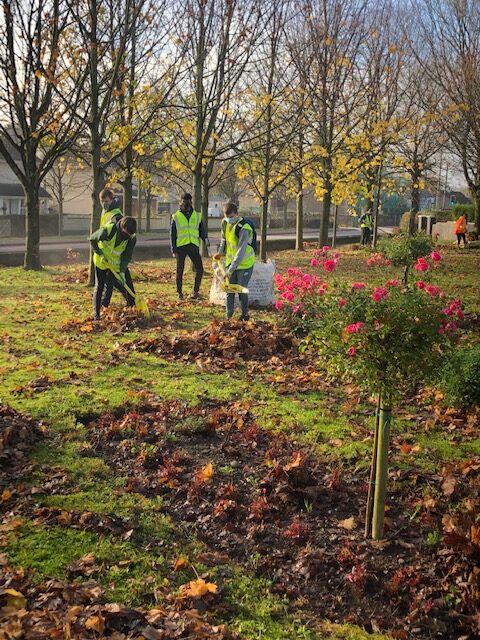 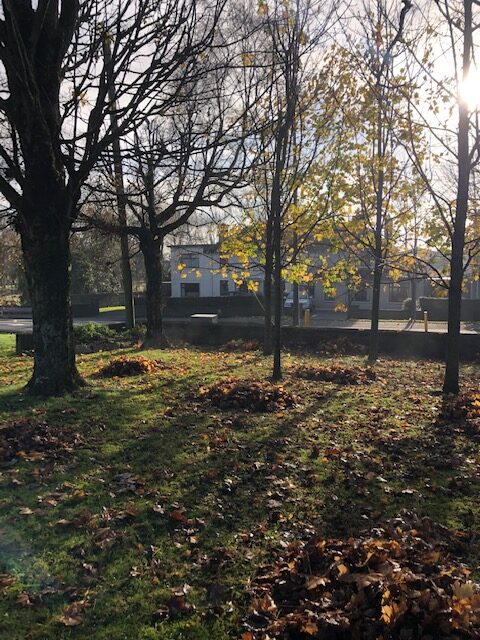 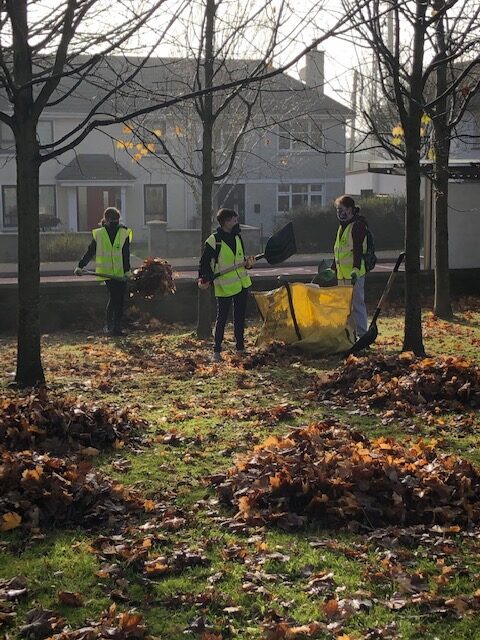 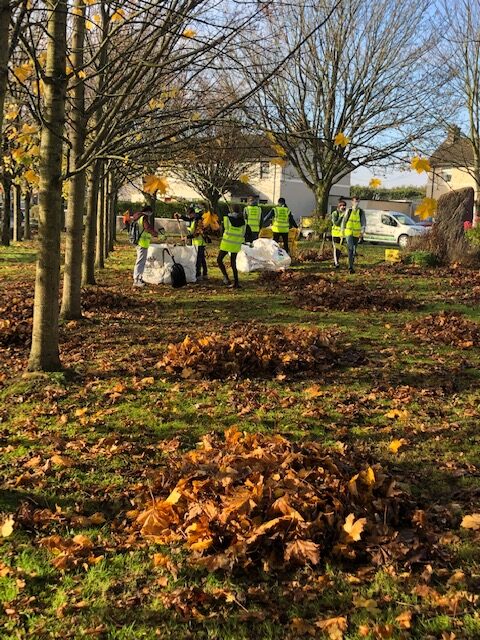 The BTT van and trailer have been extra busy these past number of weeks transporting all the bags of fallen leaves collected by Volunteers, TY students, Residents and Workers. These have been filling up Bay One at the Allotment.  Picture shows our Volunteer Henry knee deep in Bay 1 leaves. 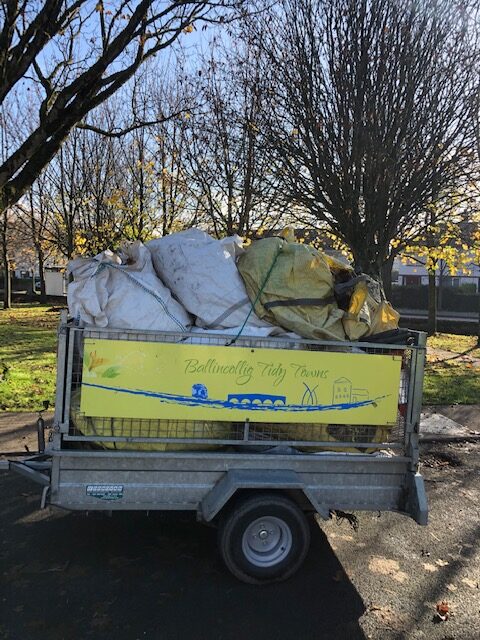 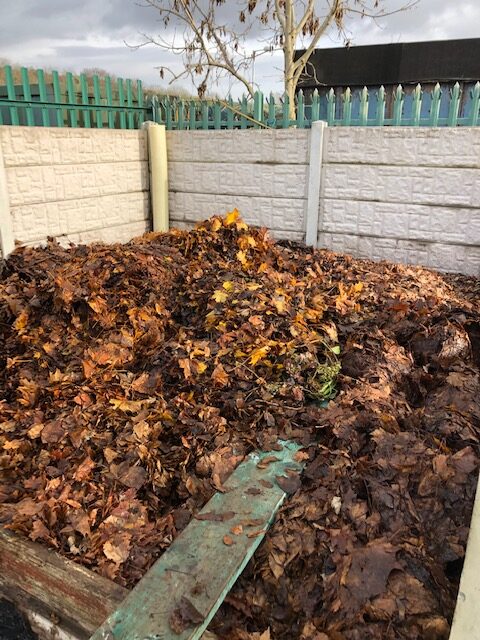 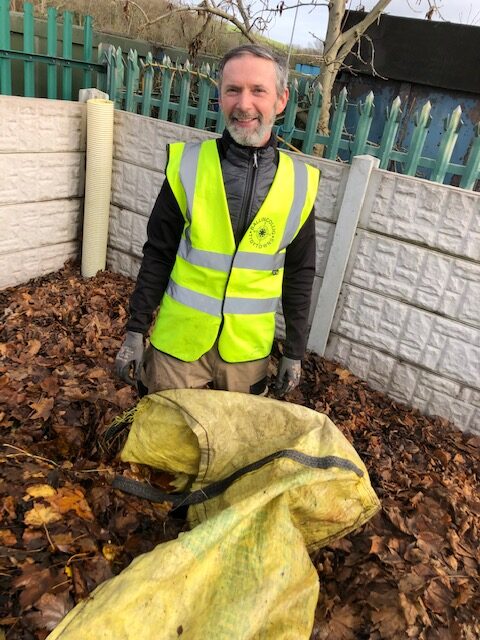 SOMETIMES YOU JUST GOTTA SPELL IT OUT

Shout out to the person who parked on the grass. Everyone else managed to find parking and respect the sign asking people “not to walk on the grass”. You, however, decided to mount the kerb and plonk your vehicle right there on the grass. Bizarrely, you then walked off to enjoy the beauty of the Regional Park.

Just For You – PLEASE DO NOT PARK ON THE GRASS!! 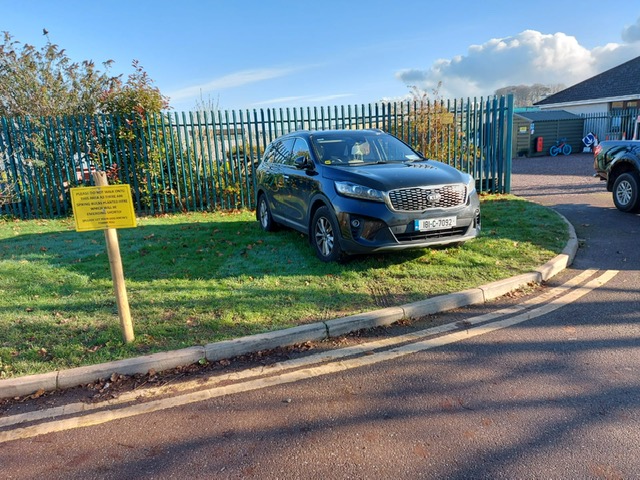 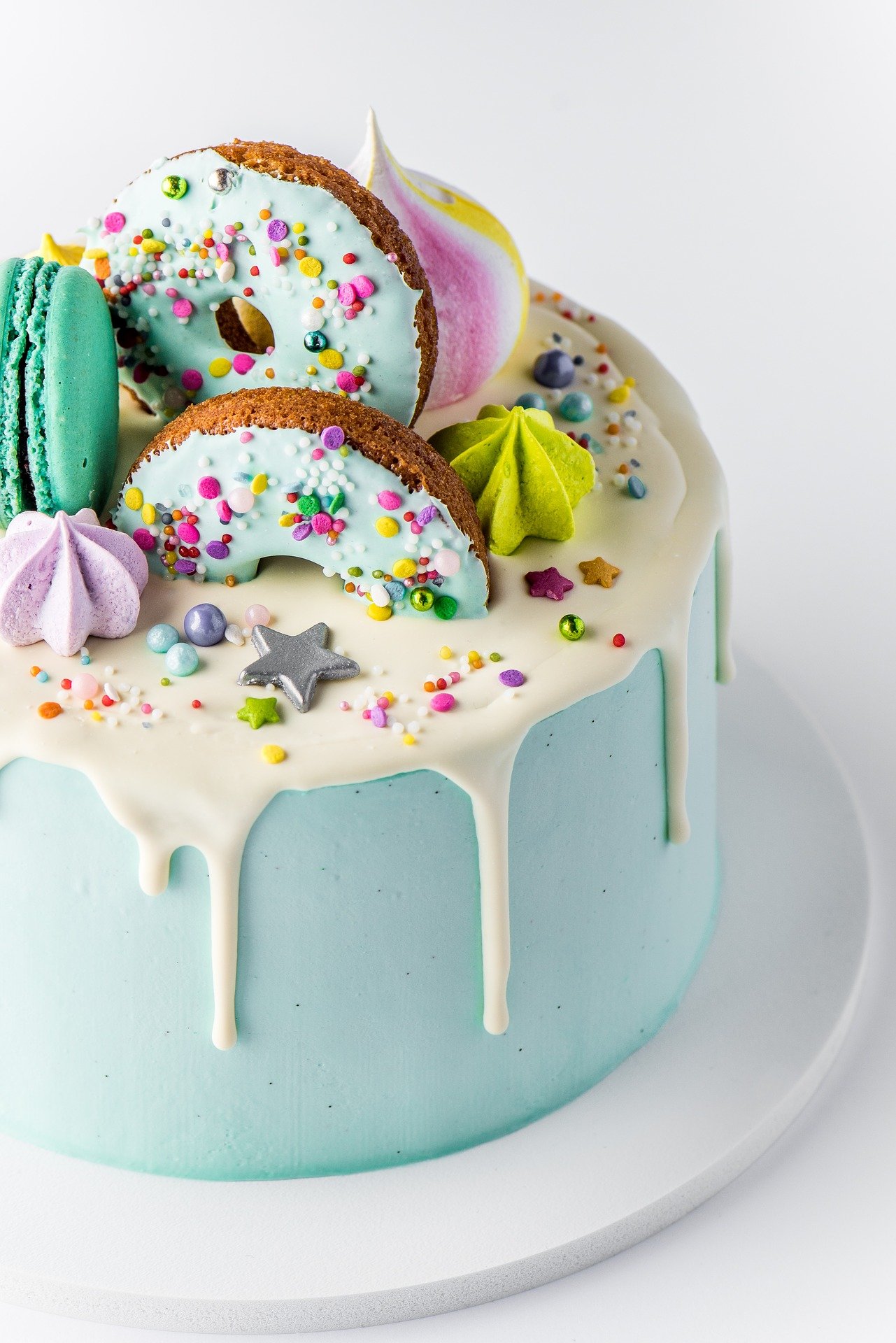 As with everyone else in the country Ballincollig Tidy Towns has had to adapt to the many changes the Coronavirus has brought over the past nine months. Projects have been put on the back burner, Workers and Volunteers have been stood down and a fraction of the usual work has been carried out during the various restriction levels and lockdowns. That said the website has been the main go to for many people who otherwise would be outside helping or chatting with others as they work. We have gone in many different directions on the website in the hope that people, old and young can find something of interest and enjoyment during the many difficult weeks.

Check out the festive recipes posted on the website. Baking is a fun way to spend time with the younger members of the family. Keep an eye out for plenty more in the coming days and weeks.

Send us pictures of your baked goods and we will display them on the website (info@ballincolligtidytowns.ie)

Ballincollig Tidy Towns van and trailer are in constant use and it is important they are always roadworthy. The lights on the trailer weren’t working last weekend so we had to get them sorted. Damien at CORK AUTO ELECTRICAL in Ballincollig Commercial Park found the issue and fixed it. He did not charge for the job and we are extremely grateful to him for his kindness and generosity. Thank you Damien. 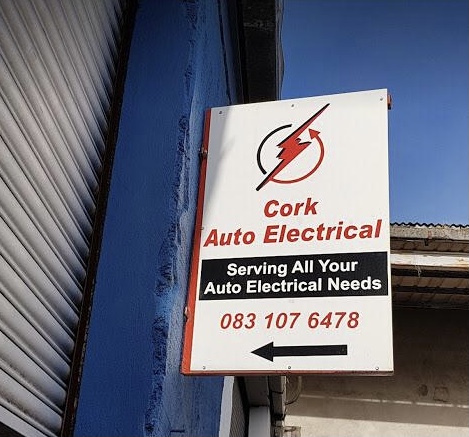