Our Parklet has been undergoing a major overhaul and clean. Our Volunteers Anne and John have done an amazing job emptying and cleaning it. It is now ready for replanting with fresh compost from the compost bay at the Allotment.

Because of the constant wet weather, the steps beside the skip at the Allotment were very slippery and as a result dangerous. We phoned local man Seamus O’Callaghan owner of Durapak Agri and he very kindly provided us with non-slip industrial mats free of charge. We are extremely grateful to Seamus for his generosity.

When the rain finally stopped after what has been a very wet and miserable few weeks, Adrian was able to collect and fill 12 one-ton bags of leaves in Fr. Sexton Park.

John was busy replacing the wicks on the planter inserts in preparation for 2023.

A large wheelie bin of cans plus 43 bags of plastic bottles were collected by Green Dragon this morning.

1 bag of leaves was collected from St. Oliver’s Cemetery.

12 one-ton bags of leaves were collected from Fr. Sexton Park.

18 bags of leaves were removed by Adrian from in front of Westcourt across the road from the entrance to Coolroe Heights.

Sunday morning 22 Volunteers gathered for the weekly litter pick. The weather of the previous few days had eased enough for us to be able to do our work. Because of the large number we covered several areas throughout Ballincollig.

Thirteen bags of litter were collected.

During the week some of our volunteers carried out a number of litter picks and collected a further 3 bags of litter. When put with Sunday’s total and later segregated it yielded 1 bag of Cans, 1 bag of Glass and 1 bag of Plastic.

Much of lowland Ireland is covered by deep soils. There is very little suitable habitat for indigenous plant species typical of rocky ground. Old walls were usually fashioned from the locally-available

Some species from these rock outcrops survive on old walls, long after the surrounding ground has lost its natural flora.

Fairy Foxglove, Erinus alpinus, has been occupying many of the warmest spots on old walls and is very persistent.

In Kildare, this species was first encountered, escaped, near Carton, Maynooth, where it was discovered in 1864, as part of the RHS British Botanical Collection project. It still occurs here and on other walls nearby.

Ivy-leaved Toadflax, Cymbalaria muralis, originally from Italy and Yugoslavia, has spread onto old walls. After flowering, it inserts its fruits and seeds into cracks. Herbicides kill plants, but many seeds escape. Where old walls are dominated by this species, it often indicates that the surviving natural flora has been lost.

A number of rare Hawkweeds from rocky river valleys find their last sanctuary on old walls in upland areas. Here they are relatively safe from sheep grazing. These Hawkweed species are also threatened by the growth of ivy and encroaching roadside vegetation. More recently some colonies of these rare species have been destroyed by environmental projects.

Cleaning old walls Erasing history What can be done? The clothing of historically significant vegetation which has survived for centuries on our old walls is now being erased. This removal of evidence has implications for cultural anthropologists and plant ecologists. Sometimes these works are necessary to stabilise stonework, but too often they are executed in the interests of neatness.

Many plants of garden origin have spread by seed onto old walls. Larger species overwhelm and shade out more delicate native species. These, and other species, alter the microclimate of the wall. The main culprit is Red Valerian, Centranthus ruber but many other species are now beginning to occupy these rare and significant refugia for our native species. Once established it is very difficult to extirpate.

What can be done?

Most towns have old walls, graveyards , castles, church ruins. People are proud of the historical and heritage significance of these structures. Try to bring to the attention of colleagues and the local authorities, the importance of protecting the surviving natural flora and vegetation of these old walls. Once certain significant species are eliminated from a district, there are by now very few seed sources from which the damaged areas can be naturally replenished. For further perspectives, please make contact with the Dublin Naturalists’ Field Club.

SuperValu Tidy Towns is working on processing awards payments to cover the 321 awards announced by Minister Humphreys TD and the MD of SuperValu at the ceremony in the RDS. Many will by now have received their cash prizes;  The remainder are being worked on and hopefully all groups who are set up on the financial system will be paid before Christmas. SuperValu Tidy Towns has reached out to groups who will need to be set up and will support them on this in any way they can.

Four regional awards ceremonies will be held in early 2023, most likely from early February; these will be in Trim Co. Meath, Keadue Co. Roscommon, Blackwater Co. Wexford and Clonakilty in Co. Cork, these were named as regional award winners. More details on these events will issue in the New Year, at which all winners will receive framed certificates and medals where applicable.

Last month, at the awards ceremony, Minister Humphreys TD announced a €1.4 Million fund to support TidyTowns groups in their initiatives and projects for the 2023 competition. Pobal who will administer the scheme will contact all eligible groups. All groups are encouraged to engage with the process as soon as they receive a notification. Grant aid of between €1,000 and €4,000 is available to groups. 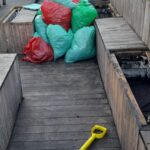 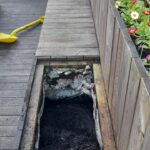 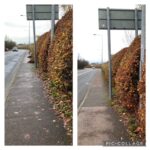 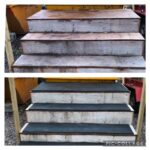