Last Friday morning 14 members of staff from VMwear joined our men to carry out some work as part of their ‘Giving Back’ programme.

For two and a half-hours they edged the footpaths on the Link Road. Sixty-six bags of edging were removed and all of this was recycled. Their hard work made such a difference. We are very grateful to them.

Sunday morning, despite many being away on holidays, saw 20 Volunteers out for the weekly litter pick. We managed to cover quite a large area. Some of the Volunteers worked at the Allotment while others cleaned signs and picked litter.

We have mentioned on occasion the amount of fast-food litter both ourselves and the staff of City Council encounter on the streets. Although the majority of food outlets put in huge efforts others feel that it is our ‘job’ to clean up the mess outside their premises.

Although there has been a marked improvement, there is still a long way to go to sort this problem.

When all the litter collected on Sunday morning was added to what was collected during the week’s litter picks it yielded 1 bag of glass, 1 bag of cans and 1 bag of plastic.

As part of National Heitage Week 2022, WildWork is running several events across Cork.

Check out the events being organised across Cork by various organisations. There are many other biodiversity themed events on  https://www.heritageweek.ie/event-listings?q=&where%5B%5D=cork&where%5B%5D=cork-county#listings

WildWork events are FREE, but places are limited and pre-registration is required via Eventbrite 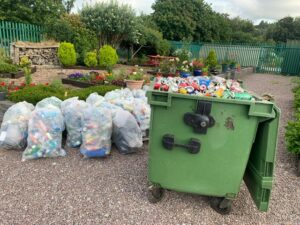 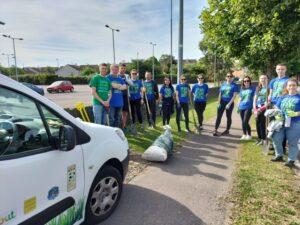 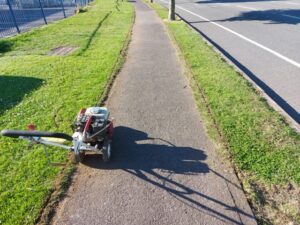 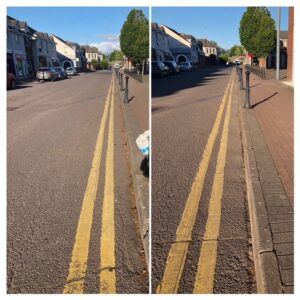 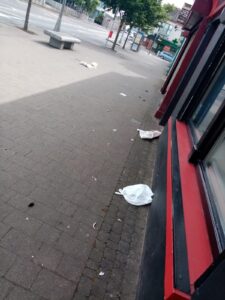 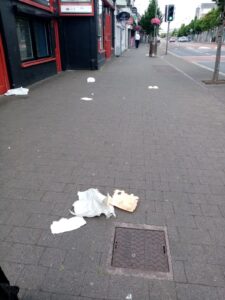 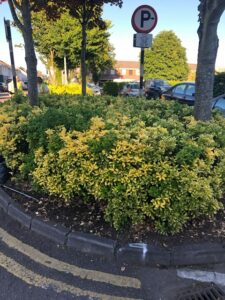 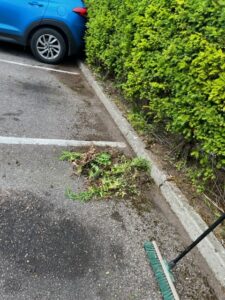 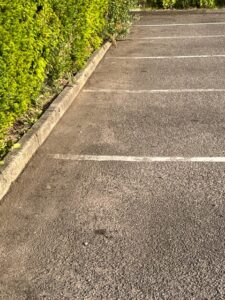 The continued segregation of litter from the various litter picks is certainly paying off.

Green Dragon was due to collect a large wheelie bin of cans together with 36 bags of plastic.

Once again, Adrian was clearing the weeds from around the hydrangeas at Carrigrohane.

He then went on to clean at Coolroe. The grass on the Killumney Road was also cut as was the grass at the Old Fort Road, behind Tesco.

On Thursday last our Volunteers were busy working on 3 different projects during the work night. We had a group litter picking and another cleaning kerbs on Old Fort Road.

A Volunteer was using the edging machine on the Link Road in advance of the VMWARE Volunteers who were due to work on Friday.

The main group cleaned the kerbs on Bar na Sraide and around the car park. Despite the work we got through, there is still more to be done next week.

For the Tuesday work night 5 Volunteers cleaned the kerbs in the car park behind Main Street.

Another Volunteer cleaned kerbs at the car park near the Allotments while 2 more carried out litter picks. 10 bags of kerbside weeds were collected as well as 2 bags of general litter.

This hour made such a difference.