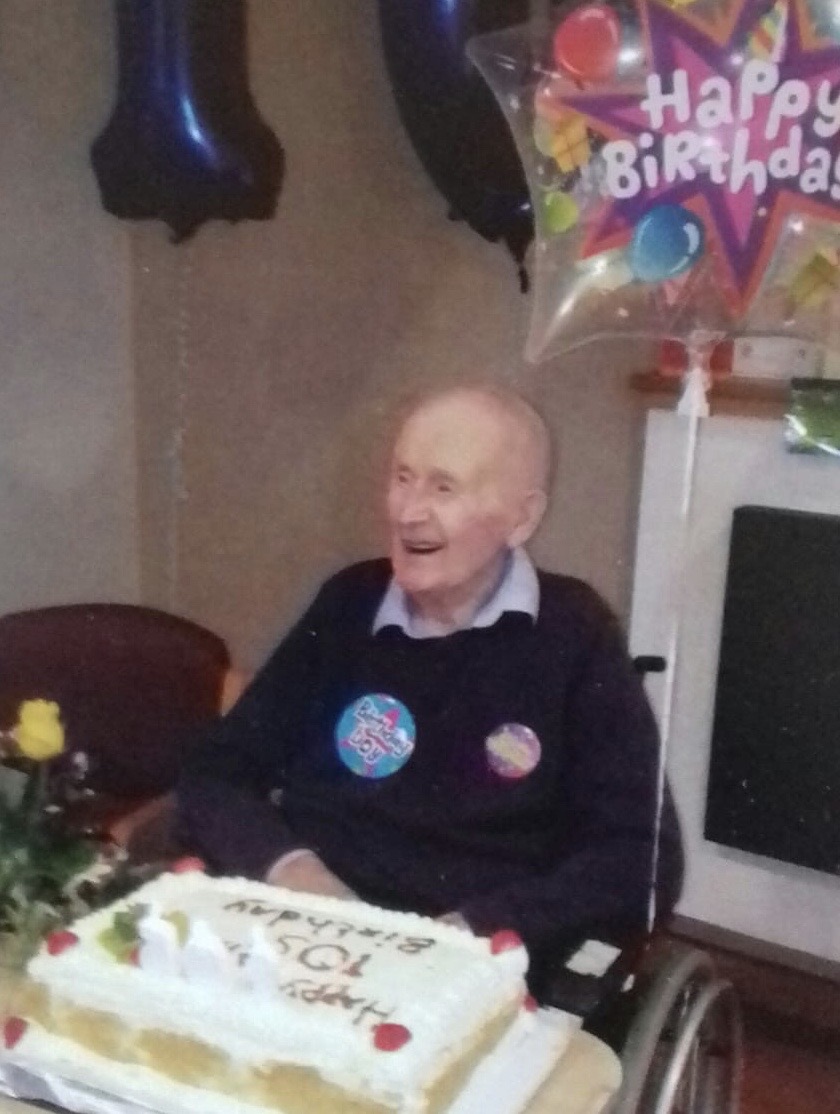 It was with sadness that the people of Ballincollig learned of the death of Mr. Joe Kavanagh on Thursday 27th February, 2020 at the age of 105.

A gentleman in every sense of the word, Mr. Kavanagh, a long-time resident of Ballincollig in Cork, died peacefully at the Ballincollig Community Nursing Unit surrounded by his beloved family.

Originally from Waterville in Co. Kerry he moved as a child with his family to a very different Ballincollig. Such was his love of the village that he remained his entire life.

Mr. Kavanagh and his beloved wife Agnes raised five children. He was a plasterer by trade and worked with PJ Hegarty. Throughout the years he was easily recognizable around Ballincollig as he travelled on his Honda 50 which he later upgraded to a Honda 100.

An avid GAA fan, he was a long-time member of Ballincollig GAA Club. The Club held him in such high esteem that they marked his 100 birthday during the 2014 Belle of Ballincollig Fesitval.

He loved pitch and putt which he played into his 80s. Gardening was his passion and he took particular pride in the appearance of his lawn, tending to his garden well into his late 90s. Ballincollig Tidy Towns presented him with a special Merit Award in 2015 to honour his gardening efforts.

Regularly invited to participate in or be Guest of Honour at community events, including unveilings, school history projects and parades, everyone loved this quiet unassuming gentleman.

He loved his family, his garden and his town and spoke fondly of all during our many wonderful conversations. I found him to be an interesting and intelligent gentleman with whom I felt privileged to have had a special bond.

He was witty and kind and his passing is a great loss not only to his family and friends but to the Ballincollig Community as a whole. We hope to honour this unique human being in the coming months and plant a tree in his memory in Fr. Sexton Park.

To his family we in Ballincollig Tidy Towns offer our sincere condolences as your loss is great. We hope you take comfort in knowing how much Mr. Kavanagh was loved by the entire Ballincollig Community. He touched many lives and will be remembered with fondness and deep respect. He will be truly missed.

“A life well lived is a legacy of joy and pride and pleasure,  A living lasting memory our grateful hearts will treasure.”