Sunday the 8th September saw twenty eight Volunteers out and about Ballincollig on the Weekly Litter Pick. All areas were covered in the hour and by the finish we had collected eight bags of litter and four of recycling.  During the previous week Volunteers were active litter picking each day collecting three bags of waste and three of recyclable materials. 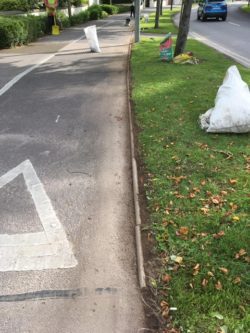 The Tuesday Work Night was called off due to very wet conditions. On Thursday evening eight Volunteers worked at Maglin edging and kerb cleaning. Everyone was delighted when locals stopped and gave them ice creams and soft drinks. It was a nice surprise and much appreciated. We also had some Volunteers litter picking on Main Street, while others worked on nearby roads and car parks.

Our Tuesday and Thursday Work Nights will stop soon as it is getting dark earlier now. We got through so many projects while carrying on the usual jobs. We would like to thank all those who gave their all to this cause. To read the work done on these Work Nights visit  http://www.ballincolligtidydowns.ie

Monday 30th September is when we gather for the results of the SuperValu National Tidy Towns Competition in Dublin. Some Volunteers of  Ballincollig Tidy Towns will be attending and the excitement is growing.

Locally, we are also looking forward to our own Awards Night in early October.  We would appreciate if the winners of Perpetual Trophies would please return them to us as soon as possible so we can prepare them for the coming night.. 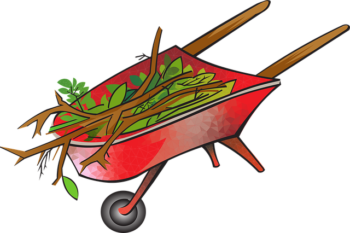 A busy week with grass cutting, sorting waste at the Allotment site, collecting bags of rubbish, collecting paving slabs for the Allotment and edging on Old Fort Road all completed over the course of the week.

Watering of planters and bedding areas was required and four Volunteers put in over 15 hours ensuring this was done. 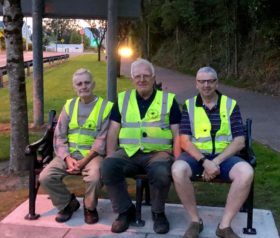 As part of one of the Town Walking Routes a seat was installed near Poulavone Roundabout. This is the turnabout point for the walk and now people  can sit, take a break and watch the world go by for a while.

If you are interested in joining us any Sunday come along to Quish’s SuperValu West End where we meet up at 11.00 am for our Weekly Litter Pick.