The final countdown for DARKNESS INTO LIGHT has begun and we in Ballincollig Tidy Towns are encouraging people to register their commitment to partake in this very important cause. Suicide, Self Harm and Mental Health Issues touch the 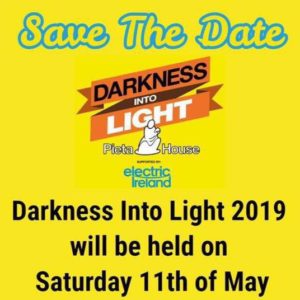 majority of us in one way or another at some stage in our lives. This is one of the most eagerly supported causes today as people recognise the importance of having help readily available to those who need it most. This is the one time that people in over 200 venues, in 19 countries across 5 continents come together as one voice.

Sunday last the 28th April was a lovely morning and the sun brought out thirty Volunteers including three Transition Year Students for the weekly Litter Pick. All routes were covered and in the hour sixteen bags of waste including four bags of recycling were collected..

Two Volunteers worked outside the boundary area and collected half a bag of rubbish.

A number of Volunteers were active each day the week previous and picked six bags in total, three of waste and three of recyclable materials.

As always, the group had  plenty of work going on throughout Ballincollig during the week. There was plenty of grass cutting and sorting of waste. Kerbs and footpaths on the Inniscarra Road were cleared of debris as well as overgrowth being removed at the East Side Centre (see the post in the Projects section on our website). 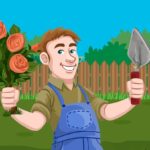 The Work Nights started back last Thursday and Volunteers got stuck in immediately with edging grass at footpaths in the Regional Park. More were weeding and clearing the box planters on Main Street while others were clearing traffic islands of weeds and silt and litter picking. It was a great first evening back and we will be out every Tuesday and Thursday at 7pm from now until September if anyone would like to join us for an hour or two. Our Work Night progress can be followed on the website so check in to see how valuable these extra hours work are.

Saturday the 27th was the first of our WASH DOWN SATURDAYS. Despite Storm Hannah the previous night, many people came out and supported us by cleaning road signage, utility boxes, dog fouling bins and benches. Several businesses washed down their premises, as part of this wash down day, prior to the Saturday and many more have already given their commitment to tackle their premises within the coming weeks. This has made a huge difference to the overall look of the town and we will be doing the same again in the coming months.

To be fair,  the Ballincollig Community is extremely supportive of everything Ballincollig Tidy Towns does and over the past month it was noticeable that many premises both private and commercial took the opportunity to clean down windows and walls as well as doing some repainting.

On the Bypass the margins were cut and cleared of litter by the contractors while the Council continued their grass cutting in areas within Ballincollig.

Sometimes it’s the kindness and generosity of others that make the work Volunteers do mean so much more. To the gentleman who stopped one of  our Volunteers and thanked her for all that Ballincollig Tidy Towns does for the town to 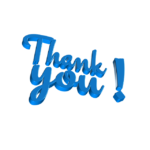 make it such a pleasurable place in which to live, we say our own ‘Thank You’. This person kindly donated a sum of money towards the work carried out as he went on his way. This is just one example of people’s support without which BTT could not survive.

Be sure to visit our website www.ballincolligtidytowns.ie to follow all that is going on with Ballincollig Tidy Towns and in Ballincollig.

Don’t forget to send us your pictures of times past in Ballincollig. Share your memories and enjoy looking through the many memories that have been sent to us already.

Volunteers are always needed and if you would like to join us on a Sunday Morning for the hour litter pick, we meet at Quish’s SuperValu car park at 11am.