NEWS FROM THE WEEK

Students from Gaelscoil Ui Riordan together with some members of Ballincollig Tidy Towns were filmed working and singing together as gaeilge by TG4 during the week. Both groups will travel to Dublin in January for the finishing touches of what should be a lovely programme.

Ballincollig was awarded The National City Award at the Bank of Ireland National Enterprise Town Awards held in Kilkenny on Thursday 5th December. The awards recognise and celebrate businesses and community groups working together to help create jobs, drive growth and build thriving communities. (see blog on our website www.ballincolligtidytowns.ie ) 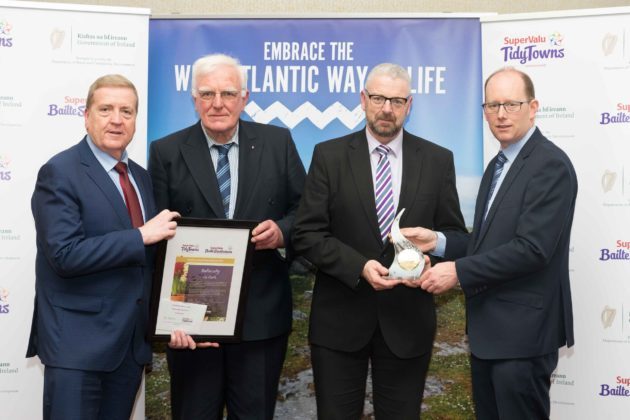 During the week Tom Butler, Chairman of Ballincollig Tidy Towns collected the 8th Gold Medal. This was presented at a function in Ennis Co Clare. The Cork South West County Award was also presented on the same night.

Last Saturday night thirty two Volunteers sat down together for their Annual Dinner at the Oriel House Hotel. Everyone was in great form and had a wonderful night.

Christmas comes early for our Volunteers when Santa Claus arrives for the annual cup of tea. There is sure to be plenty of excitement.

For the past number of years Transition Year students have been working with us on the Sunday Litter Pick as part of their Gaisce Award. Some of the present group have completed their hours and leave us next week. We are extremely grateful to each of these students as they have made a huge contribution to our work in Tidy Towns.

Monday was spent sorting the litter from the Sunday Litter Pick. Kerbs were also cleaned in The Old Square.

On Tuesday our van had its annual DOE. Again, our sincere thanks to our sponsor Jerry Murphy and R & R Tyres for their continued support in the upkeep of the van.

The Group spent the remainder of the week completing jobs around Ballincollig.

On Sunday twenty five Volunteers together with eight Transition Year students carried out the weekly Sunday Litter Pick around the streets of Ballincollig. Three bags of waste were collected from Beech Park and one bag from St. Oliver’s Cemetery. Two bags of cans and two bags of plastic were also collected.

Four bags of leaves were collected from Beech Park.

One bag of leaves was collected from St. Oliver’s Cemetery.

Recently BTT commenced a Winter Cleaning Programme for the bins on Main Street. We have now extended this to the Dog Fouling Bins.

There are numerous Dog Fouling Bins around Ballincollig and in the Regional Park. It is so important that people clean up after their dogs. The fouling is becoming an issue especially on the new section of the Park.

The pages are filled with interesting and informative blogs. Updated daily, be sure to log in 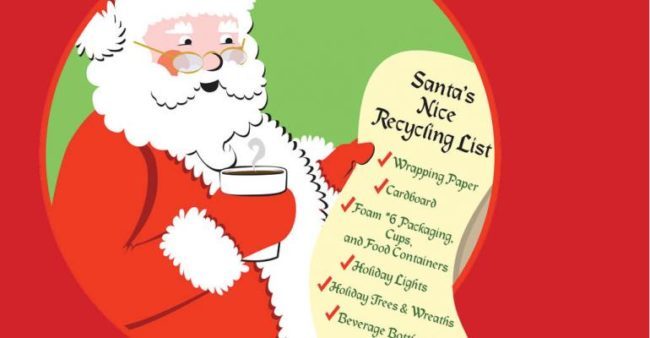 Christmas is coming and Ballincollig Tidy Towns is eager to offer some tips for recycling.

a) Glass jars and bottles should be washed before being taken for recycling.

b) Rinse out empty cans, squash them down to save space and place them in the aluminium recycling bank if you don’t have a suitable recycling bin collection service.

c) Avoid shiny wrapping paper where possible as this cannot be recycled.

d) Plastic bags should not be placed in recycling bins.

e) Take used batteries to any shop that sells batteries as they must now provide collection boxes to facilitate their recycling.

f)  Waste food can be placed on the compost.

g) Cardboard boxes should be opened out and flattened for recycling.