The Ballincollig LGFA members and their mentors have been doing an incredible job with their weekly litter picks over the past number of months. Last week the under 9’s were out in force litter picking around the GAA Club towards McDonalds and the Ballincollig Primary Care Centre.
We also had the Under 10’s and under 11’s doing their litter picks.

Ballincollig Tidy Towns would like to sincerely thank the players, mentors and managers for all their hard work and commitment and for their amazing community spirit.

What a shame. Individuals resorting to mindless vandalism. Do they not realise they can be identified or are they brazen enough to think they are above the law?

As a community we suffered and lost so much during the pandemic and our Parklet has come to mean so much to us. It is one of the few places we can sit surrounded by beauty and watch the world go by.

What a sad sight greeted people on Monday morning. Many of the plants from our lovely Parklet on Main Street had been ripped up and thrown onto the road.

This is so upsetting and annoying. It has a knock-on effect as it costs time and money to repair and replace the flowers.

Our sincere thanks to Pat and Rosaleen from Ballinora Nurseries for their assistance in getting the Parklet back to normal.

One of our Volunteers spent Saturday and Sunday washing signs and removing graffiti.
This is an ongoing job and will continue for most of the season.

On Sunday Morning there were 22 Volunteers and 2 Transition Year students out for our weekly litter pick. Because of the large group, all areas from Classis to Carrigrohane were covered.

During the week Volunteers were out litter picking and between them and Sunday’s group we collected 18 bags of litter. When segregated it yielded 1 bag of glass, 1 bag of cans and 1 bag of plastic.

One Volunteer took advantage of the good weather and cut the grass on Poulavone roundabout. We now have the roundabout grass to where we want it and we hope not to cut it for the next 10 days. Clover, daisies and buttercups will have a chance to grow and provide food for the bees. How beautiful it is to stand on the roundabout and watch so many bees feeding on the pollinators.

Monday morning our new watering unit was busy watering the planters at Eastgate. The parklet and the four-tiered towers on Main Street were then watered and on the way back to base the Cleburne Mews bed was watered.

The Waterboys were out for two and a quarter hours on Monday night. They watered all the Pole Planters, Railing Planters and the Wooden Planters on Main Street. In total between both watering units, 1,700 litres of harvested rainwater were used.

Tuesday evening the numbers were down for the work night. Three Volunteer cleaned the traffic islands at Muskerry.

One Volunteer started removing weeds from the railing outside the Bank of Ireland. Another was litter picking and another was planting and spreading mulch on Poulavone roundabout.

Schools can help bees over the summer!

Clover is an excellent source of food for wild bees. This summer the All-Ireland Pollinator Plan is inviting schools to help save the bees. ‘Pitches for Pollinators’ – the campaign aims to help Ireland’s pollinators like wild bees.

Leaving school pitches unmown over the summer months will allow wildflowers to grow. These flowers provide a vital food source for pollinators, supplying them with the nectar and pollen they need to survive and raise the next generation.

Pollinators – insects that visit flowers for nectar (for energy) and pollen (for protein). They transfer pollen between flowers which brings about fertilization, allowing plants to reproduce.

We need bees in order to grow the food that keeps us healthy. 71% of the crops that provide 90% of the world’s food are pollinated by these important insects. 78% of our wild plants are pollinated by insects, mostly wild bees. In Ireland, there are over 100 types of wild bee. We have drastically reduced the habitats that provide them with food and shelter and this is mainly the reason why one third is threatened with extinction. Fortunately, simple actions can be taken to help. This is where schools come in.

Records submitted to the National Biodiversity Data Centre last year showed that red and white clover were among the most popular flowers for bees. Reducing mowing over the summer, can encourage plants like these to appear in school pitches.

Pitches and grassy areas are regularly mown during term time, giving children important areas to play. Over the summer holidays we are asking schools to mow less and leave ‘pitches for pollinators.’

From the end of June until mid-August, leave pitches unmown. This will allow wildflowers to grow naturally. If this is not possible, consider mowing just once during this time. Then make sure to remove the grass cuttings when you do mow. Native wildflowers grow better in poorer quality soil. By removing the cuttings each summer,

the fertility of the soil will slowly reduce. This means that each summer the pitches will become more flower-rich for pollinators. Although the summer pitch might look like long grass to humans, chances are amongst the grass there will be many flowers that will be lifesavers for our insects.

Schools could go further and create a School Pollinator Plan or share the Junior Pollinator Plan with the children. There are plenty of free resources, including lesson plans and activities. These can be found on the school pages of the All-Ireland Pollinator Plan website, pollinators.ie.

Give the lawnmower a rest this summer and become part of a network of ‘pitches for pollinators’. Share photos of pollinator-friendly pitches on Twitter or Instagram with the hashtag #PitchesForPollinators. 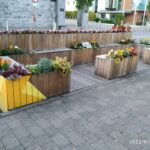 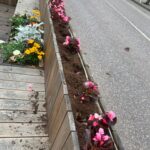 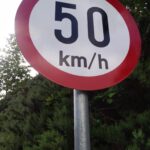 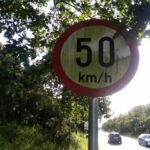 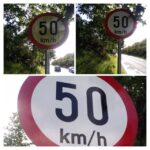 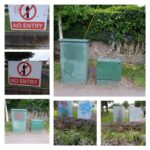 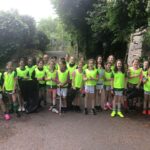 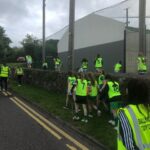 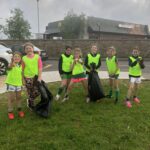 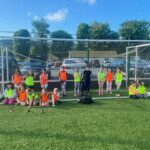 SAY YES TO REFILL AND REUSE

Plastic pollution is everywhere. Recycling and beach cleanups are just not enough. Over 90% of all the plastic ever produced has not been recycled. Yet over the next decade, companies are set to dramatically increase production of plastic packaging. We need to solve the problem at its source in order to truly tackle the plastic pollution crisis.

When it comes to plastic pollution corporations like Coca-Cola, PepsiCo, Nestlé, and Unilever all have a huge role to play. When we buy coffee, soda, chips, candy, shampoo, and soap they are all contained in plastic that we have no choice but to throw away. The time has come for these corporations to invest in alternatives. We all have to reject these cheap, disposable plastics and other throwaway materials.

Millions are demanding that these big brands stop using single-use plastic and invest in sustainable ways to deliver their products.