Here in Ballincollig Tidy Towns,Harvesting Rain Water from the roof of Scoil Barra has proven to be an extremely
successful project.

The Rain Water gathers on the roof of the school and is collected and transferred to a bank of IBC (Intermediate Bulk
Container) Tanks . The tanks are all linked together and, when full, have a capacity of over 10,000 Litres of water. We fill
the Water Tanker from these tanks and that is then used to water some 130 Planters throughout Ballincollig over the
summer and autumn months.

A restriction on the unnecessary use of water was put in place last summer because of extreme temperatures causing a
drought throughout the country. Eventually, it was upgraded to a total ban. This would have put Ballincollig at risk of losing
all flowers in the planters around town. However, due to there being plenty rain water harvested and stored in the IBC
Tanks in the months prior to the good weather, the Volunteers were in a position to carry on watering.

As a result of how well this worked for us last summer, Ballincollig Tidy Towns decided to increase the number of IBC
Tanks. Extra tanks would allow a greater capacity of rain water to be harvested and stored. We are extremely grateful to the OSB Group in Hollyhill who very kindly donated 4 IBC Tanks to us.

One of the projects carried out in 2018 was the installation of a Rubber Membrane at the bases of the trees in Main Street. This project was done in conjunction with Cork County Council and has made a huge difference to the street.

The Membrane looks like Bark Mulch and allows rain to soak down through it. It does not restrain the tree from developing.

It looks impressive and has tidied up Main Street considerably

The work was carried out by Browne Brothers 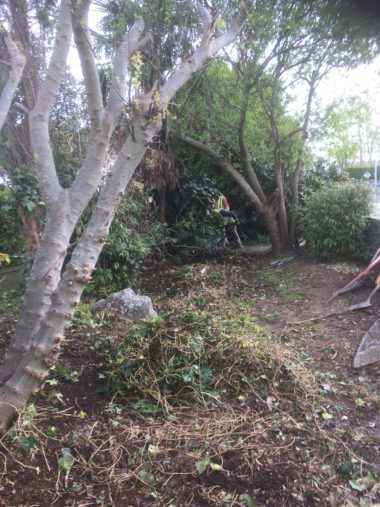 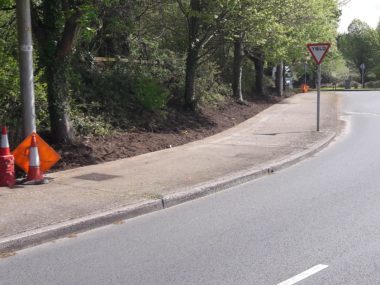 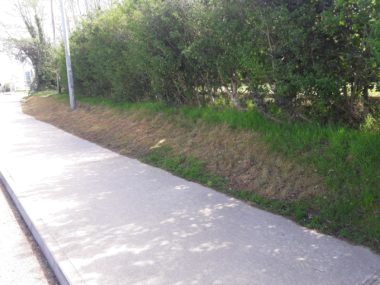 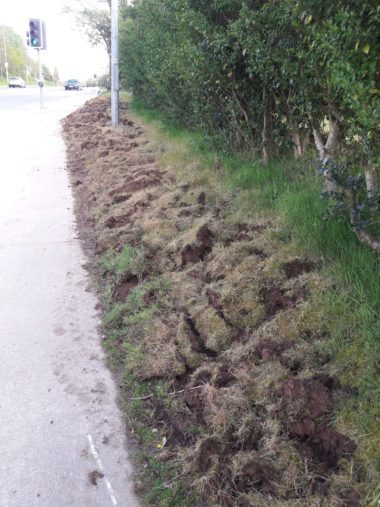 POULAVONE WILDFLOWER MEADOW – Projects for 2019 have begun and, as a result of all the work Ballincollig Tidy Towns is doing with Griffins Garden Centre on the Pollinator Corridor, we  have decided to extend the areas around  the Roundabout to include a wildflower meadow.This has involved the clearing back of an area on the Eastern Side of the Roundabout and preparing this area for planting. By doing this we hope it will enhance the area even further and provide essential food etc. for bees along the Pollinator Corridor. 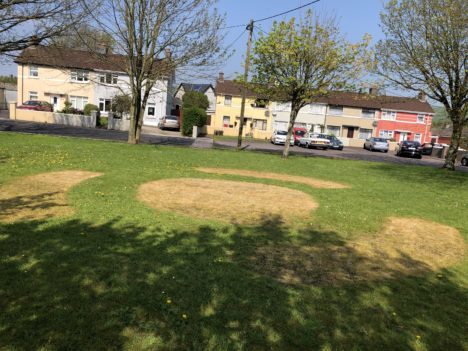 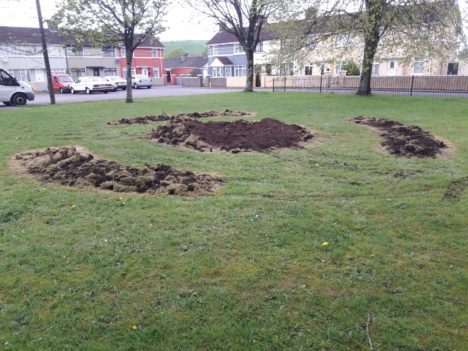 Another new project for 2019. Some time ago we identified an area in which to put in a very different style flower bed. The area is the green in Fr. Sexton Park. This area is raised and surrounded by trees and old style metal fencing. As this is an older  laid out estate in Ballincollig, we decided to go for an old style flower bed.

We got advice on it and the flowers that will be planted will be pollinators and will form part of Ballincollig’s Pollinator Corridor.

Eastside Centre is a commercial area on the Eastern side of Ballincollig. Here there is a path that had become overgrown and with a lot of rubbish dumped there. This path leads onto the main footpath..We decided to clean it and although it turned out to be a much bigger job than what we had envisaged, the results were well worth the effort.

Work has been progressing well and the site is now cleared and much more open. We are now going to take advice on what to plant there that can form part of our Pollinator Corridor. 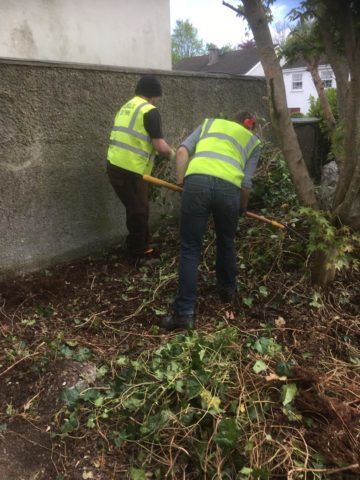 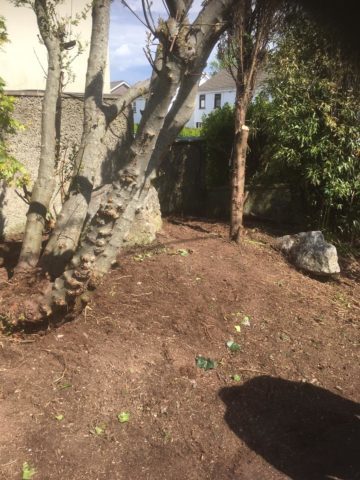 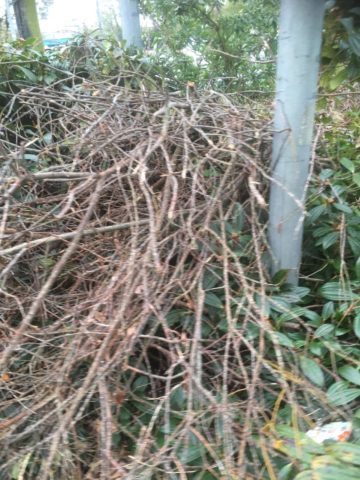 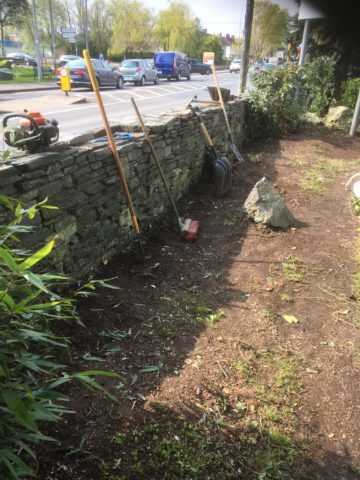 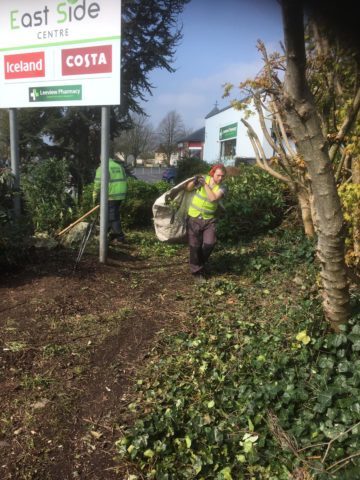 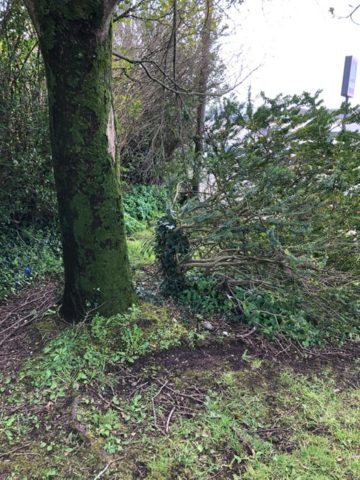 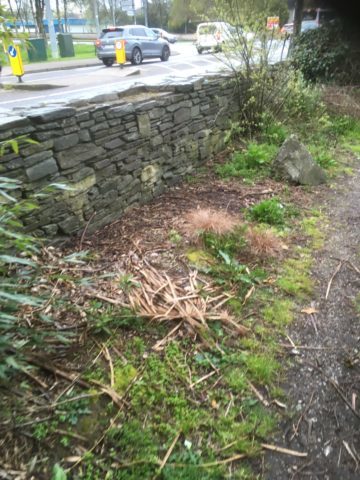 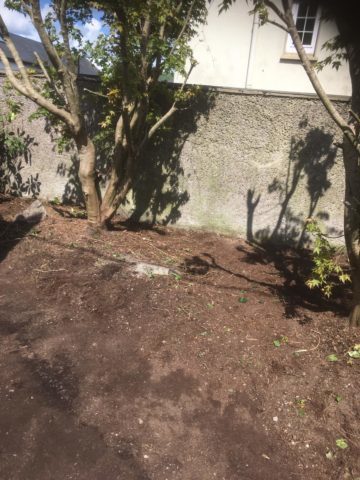 As part of the pollinator corridor, Ballincollig Tidy Towns decided to provide some more areas for wildflower planting. This time the site is close to Gaelscoil Ui Riordan on Kilumney Road. With nearby Heathfield, the new housing development has replaced the green fields. Although there is some landscaping, it would not be conducive to the needs of bees. And so instead, we prepared the ground nearby for wildflower planting. 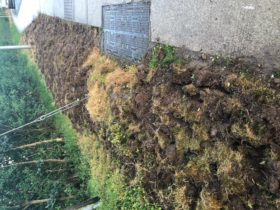 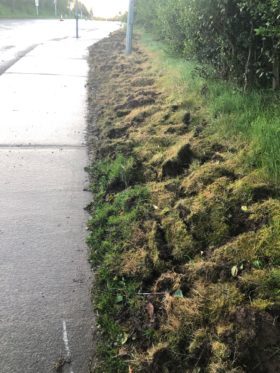 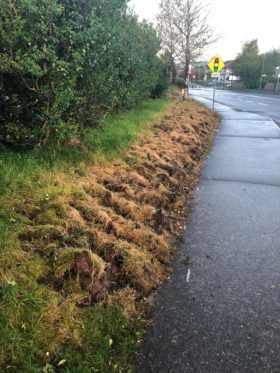 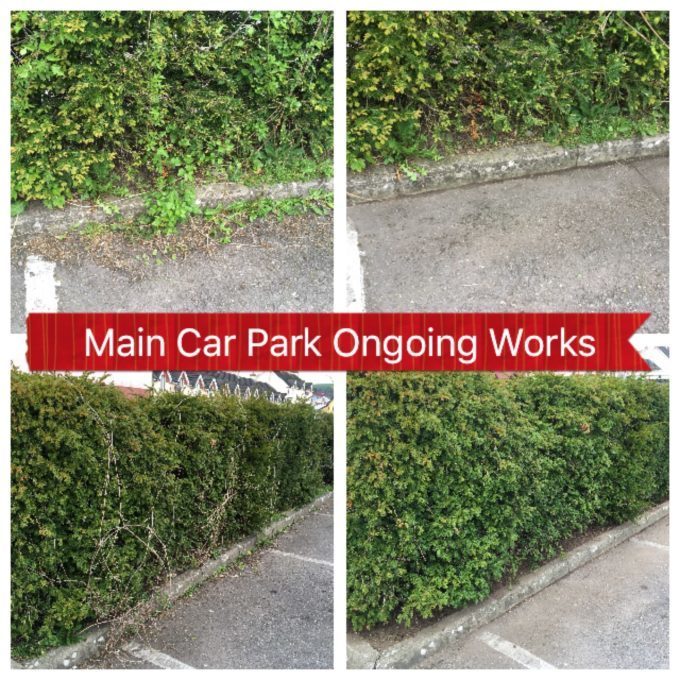 One of our CE Employees has taken on the job of cleaning under the hedging in the main car park behind Quish’s Supervalu and O’Crualaoi’s.

The difference has been very noticeable and a worthwhile exercise.