Monday morning Adrian and Gay started edging the footpaths on Old Ford Road after having sorted through the bags of collected litter from the various litter picks.

This work was made easier due to the rain softening the ground and the difference made an immediate difference.

The rain put a stop to Tuesday’s work and unfortunately the Work Night was also abandoned.

On a positive note, the rain filled our water harvesting tanks.

On Monday 5th September the new Repak Team Green ‘Re-Imagine’ Campaign was launched. The campaign aims to motivate Irish people to recycle more of their plastics and do so correctly while supporting members as a collective of 3,400 Irish businesses who are working to green the world.

To find out more about Team Green visit the website.

Keep an eye out for the common carder bumblebee

It is variable and can become bleached in the sun. However, there are no other bumblebees that have all ginger hairs on the thorax a ginger tail and then some black hairs on the abdomen.

Sunday morning 18 Volunteers came out for the weekly litter pick. This included one new Volunteer whom we welcome. We managed to cover all the usual areas including additional areas of the Regional Park.

As is the norm several of our Volunteers carry out litter picks throughout the week.

When this is put with what was collected on Sunday and later segregated it yielded 1 bag of Plastic, 2 bags of Cans and 1 bag of Glass.

These state-of-the-art bins use a sensor to determine the amount of waste in a bin and, when required, compact the waste, to provide more holding capacity. They send an electronic message to council staff when they are ready to be emptied. This new technology will mean fewer collections, lower collection costs and fewer emissions. In addition, the fully-enclosed design means they are bird and vermin-proof, can be operated using a foot pedal and provide data on which streets generate the most binned litter.

The Lord Mayor said: “Keeping the city clean so it is attractive for residents, shoppers, tourists and business is one of the most important functions of Cork City Council and I’m delighted to see the investment in these solar compacting bins”.

“I’ve always had great respect for the crews that clean our streets from early morning until late at night. It’s not an easy job on wet and cold days and nights but they are always pleasant to the city’s workers, residents, and tourists. I’d like to call on the people of Cork to help them in their job by using the city’s bins or by putting in your rubbish in your pocket and bringing it home. Keeping a city clean begins with the people who use it,” she said.

The Allotment continues to grow more colourful with new flowers appearing almost daily. It is incredible to see the numbers of bees, butterflies and ladybirds. The recent rain has given everything a great lift.

The compost in Bay 1 has been transferred to Bay 2 to make way for this year’s autumn leaves which we will begin to collect shortly.

Preparations to improve the Allotment even further are already in place for 2023.

A new record has been set this week for ‘The Waterboys’. It is the first time since 2013 they have not taken out the water tankers to fill the planters’ reservoirs throughout the village.

Because of the torrential rain of the past week they were almost full when they were checked.

It was with great sadness that we learned of the death of our Chairman Tom Butler’s beloved sister Kay this week.

Tom always spoke of Kay with a deep love and respect and it was easy to see they shared a strong bond. She was his ‘go to’ throughout their lives and his shining light. It is not hard to imagine the deep sorrow and loss he is feeling at this time.

Sincere condolences to you Tom from Ballincollig Tidy Towns. 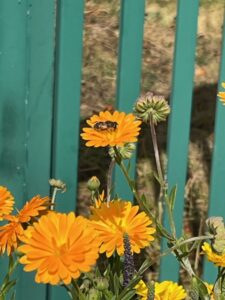 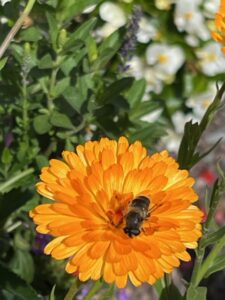 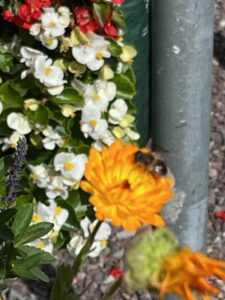 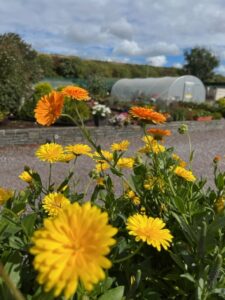 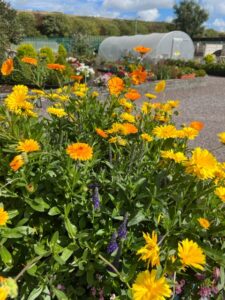 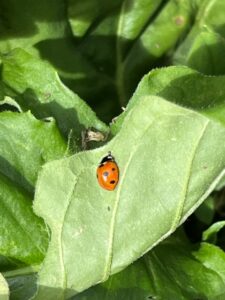 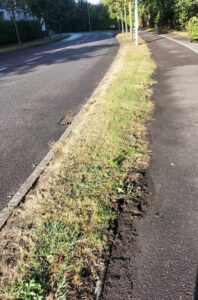 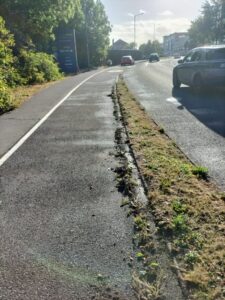