The rain on Tuesday night did not deter seven Volunteers from weeding the Flowerbeds at Poulavone Roundabout and getting them ready for planting. The work took a couple of hours to complete and fifteen bags of Green Waste were filled.

The newly painted bee boxes made a welcome return to the centre of the Roundabout. 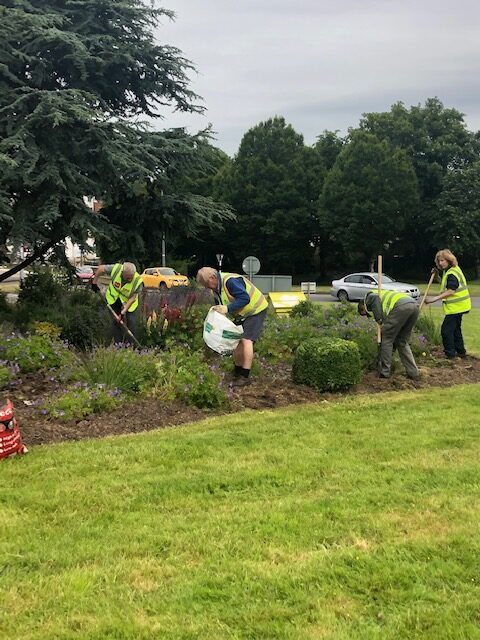 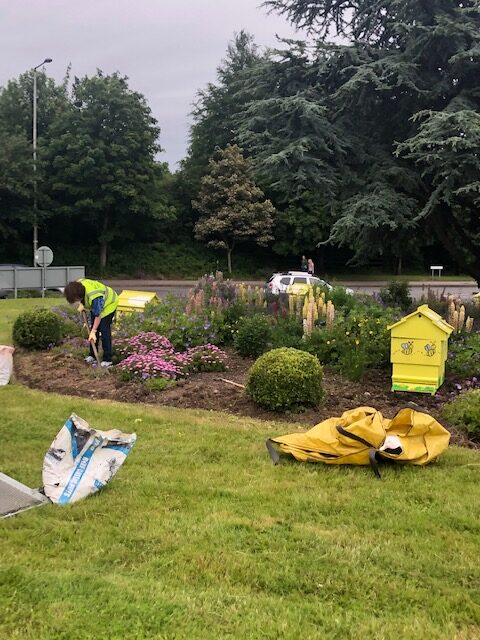 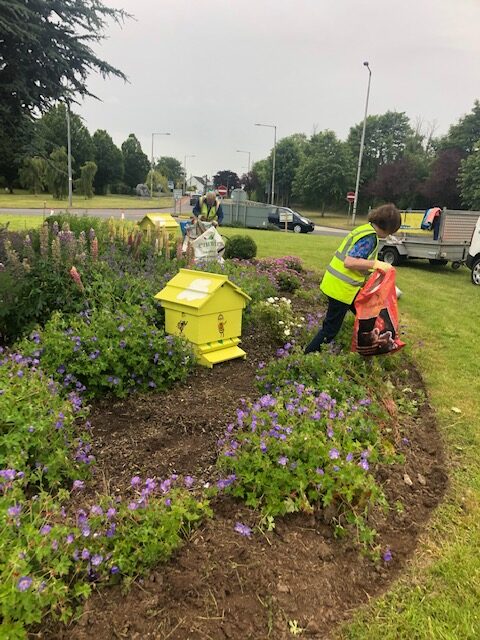 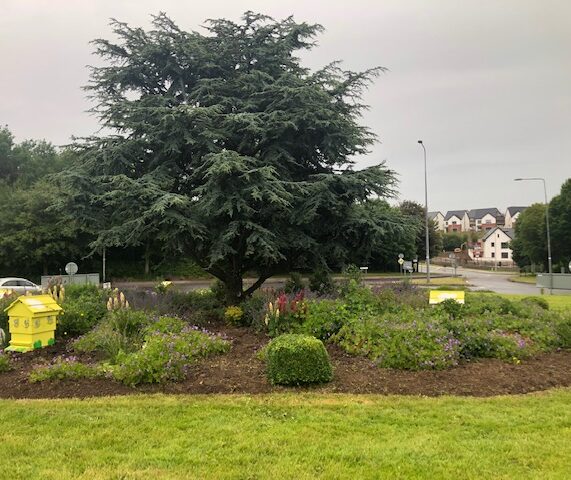 We were back on the Roundabout on Thursday night for the Work Night.

The final stage of the initial work on the Poulavone Roundabout concluded with the planting of one hundred Pollinator Friendly plants. Five Volunteers planted a selection of plants in the five outer beds and the large bed in the centre.

Cosmos, Calenduia and a variety of coloured lupins were among the selection.

The bees were already on the Roundabout by the time we left.

The rain was very welcome as it meant we didn’t need to water the plants.

Ballincollig Tidy Towns would like to thank McDonalds Ballincollig for their sponsorship of the Poulavone Roundabout. 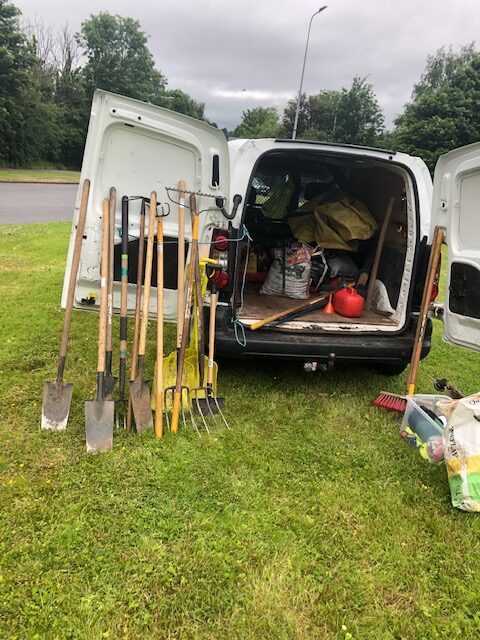 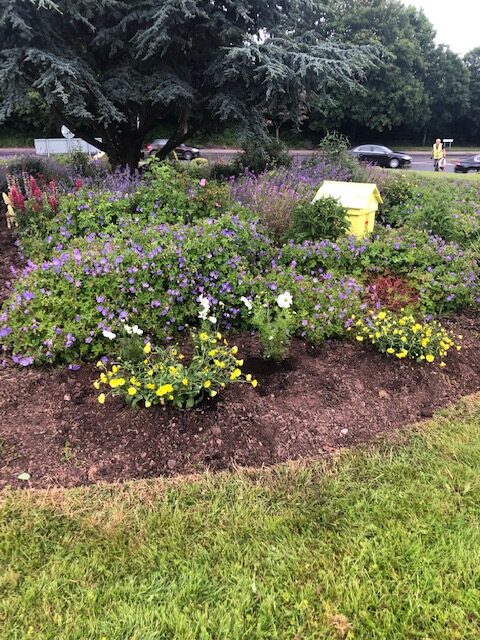 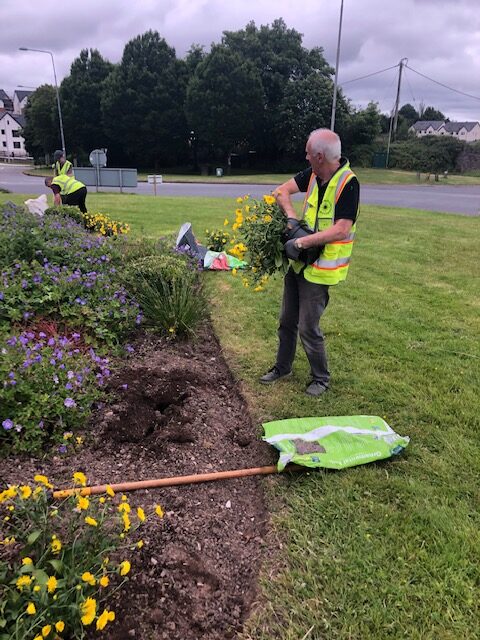 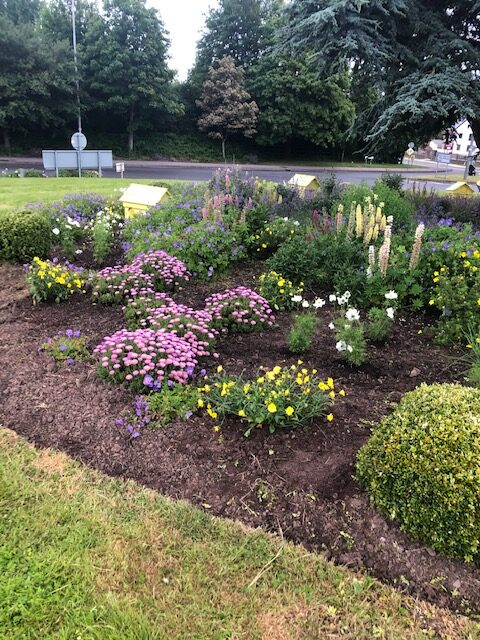 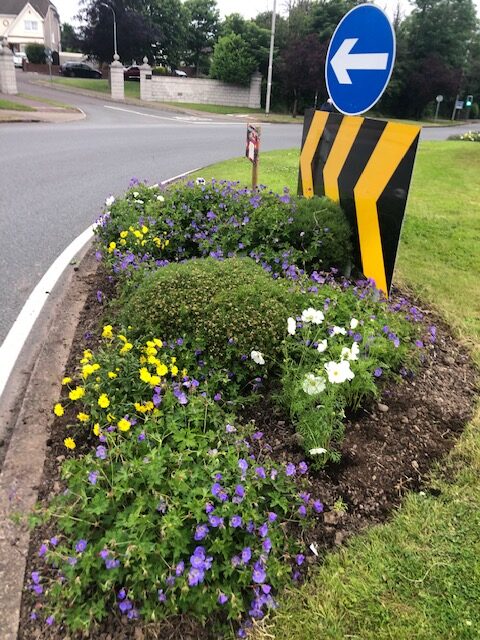 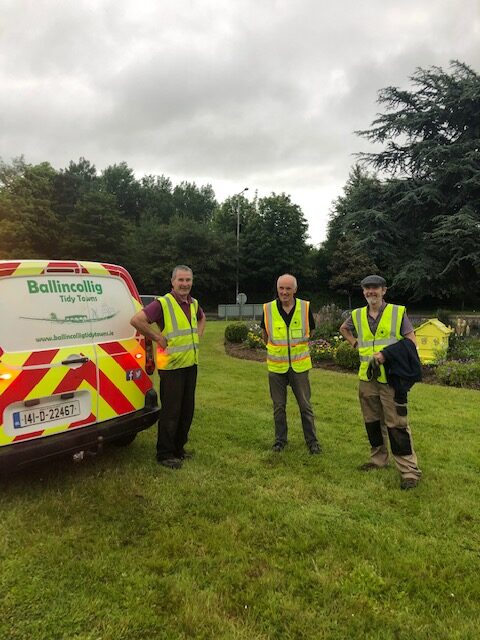 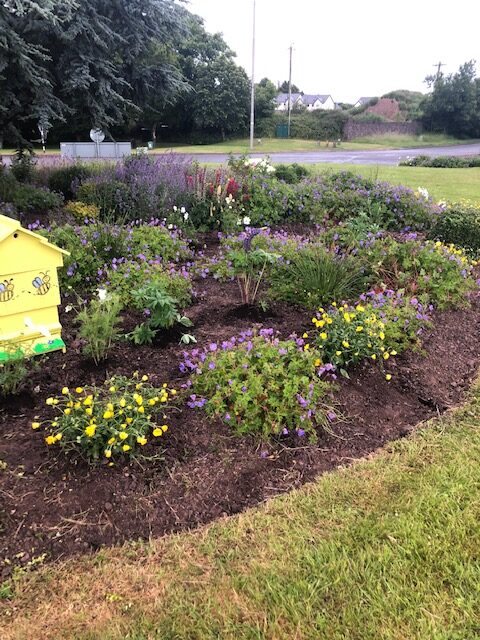 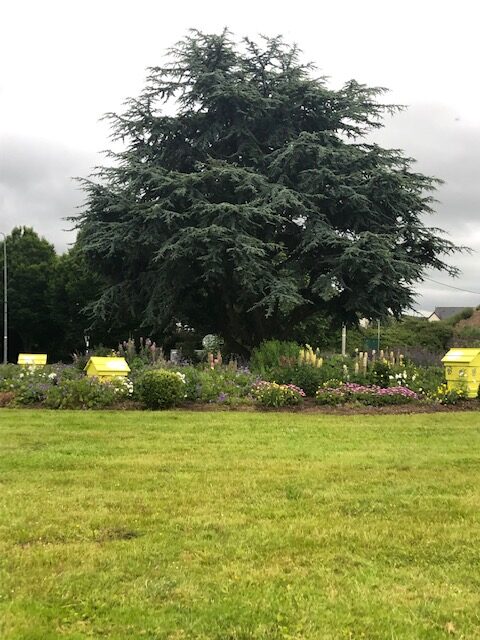 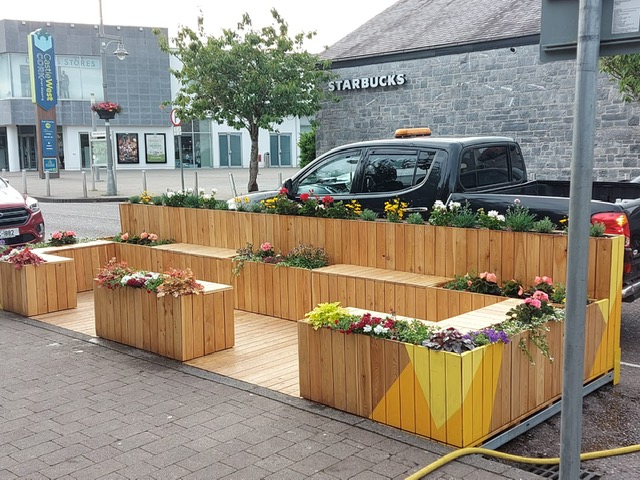 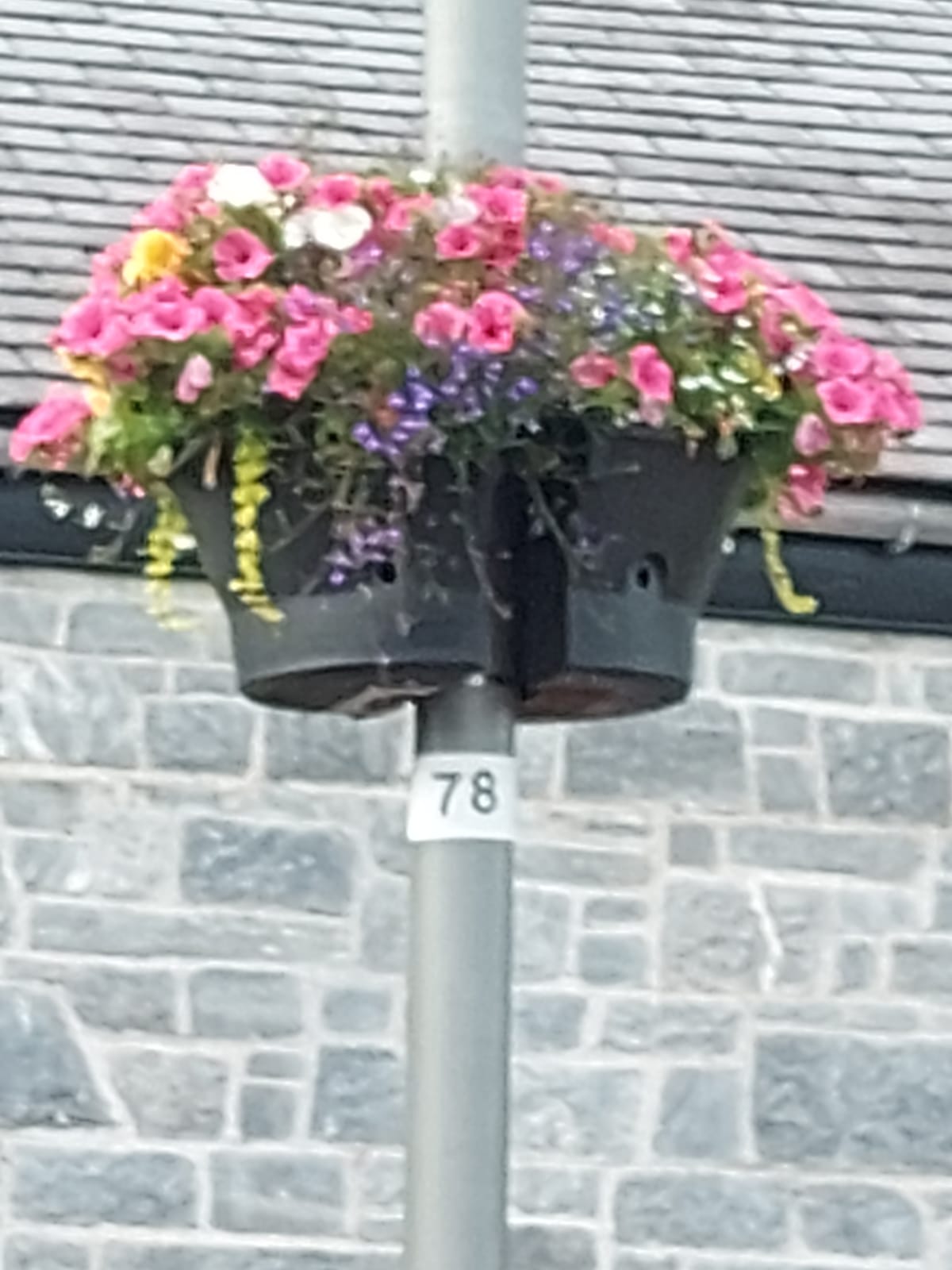 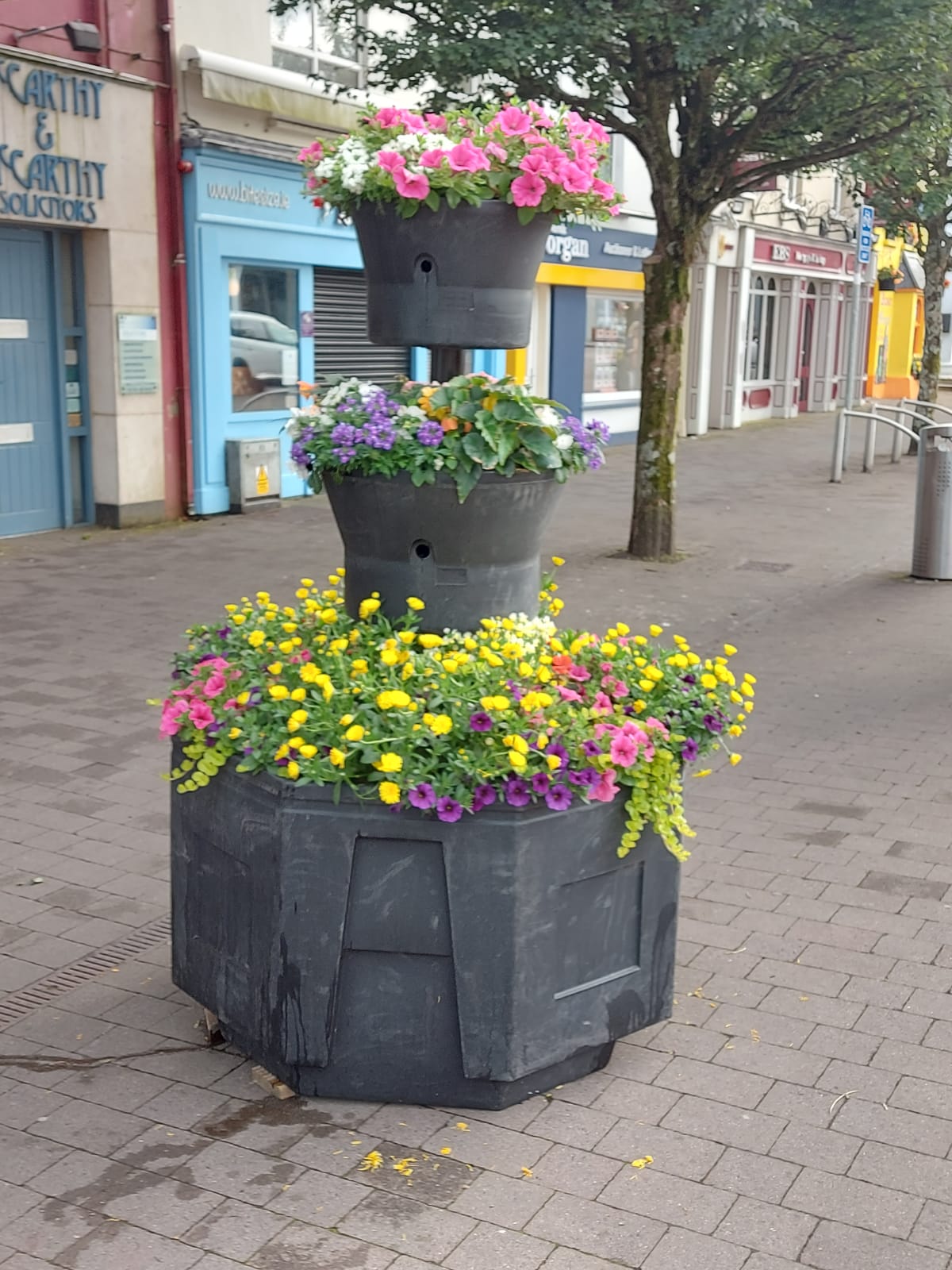 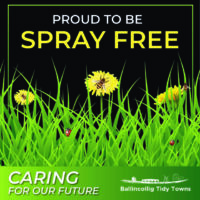 This week Ballincollig Tidy Towns put its first Spray Free sign in place at the entrance to Ballincollig just beyond the Poulavone Roundabout.

Many Estates have already come on board and they will have a spray free sign put in place at each entrance.

However, it is disheartening to see some Estates reluctant to come on board. Ballincollig Tidy Towns is again asking each Estate to make the change as it is important to have the support of all for this initiative to succeed.

Members of BTT will work with them to make sure they are fully informed as to the importance of this change.

The job is now complete. Adrian plans to start at the beginning again and do a follow up in order to keep on top of the regrowth.

The Hydrangeas have become established and the Heathers are growing stronger.

In order to fill in several spaces along the Carrigrohane Road, John and Tony planted a few ‘home grown’ Hydrangeas.

Twenty-three bags of recyclable Green Waste have been gathered carrying out this work.

BIN YOUR GUM WHEN YOU’RE DONE

The Gum Litter Taskforce (GLT) is a national initiative to raise awareness and reduce gum litter in a sustainable way. Over the past fourteen years, the GLT has made real and significant improvements in terms of gum litter awareness and disposal behaviours.

In 2019 the campaign maintained an all time high with 93% of people regarding gum as litter which was up 13% from 2007 when the campaign first began.

After last year’s campaign having been postponed due to the Coronavirus, this year’s aims to build a positive momentum. The campaign in its revised format can only be successful through continued support from schools and local communities.

The campaign alongside the Tidy Towns, Green Schools and Neat Streets programmes, aims to play a significant role in the overall reduction of litter and contribute to the betterment of the environment.

Rotherham Council in England have planted 8 miles of Wildflower verges. The result is an amazing Pollinator Corridor for this area. It has saved £25,000 in mowing costs. What a wonderful sight.

These are some photos posted by the British Beekeeping Association. 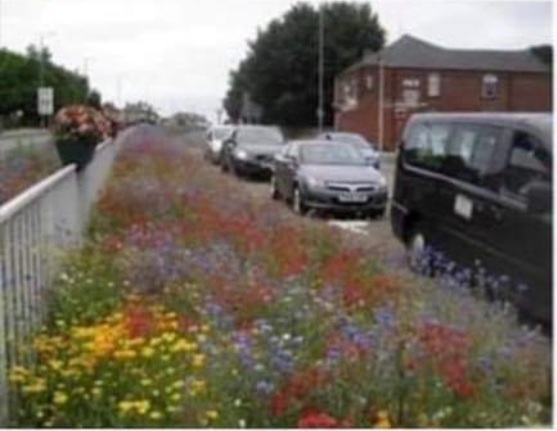 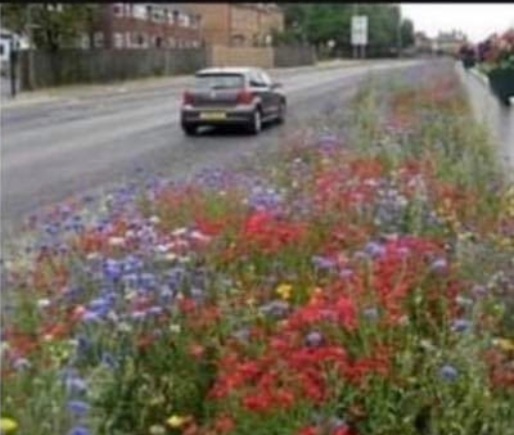 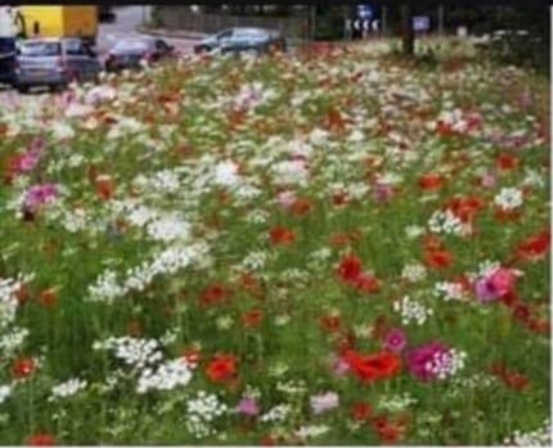 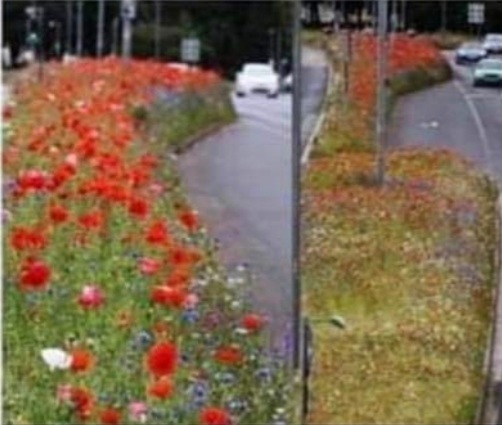 ‘The Waterboys’ spent two and a quarter hours watering on Tuesday night. There was a small delay with the watering as there was a break in the hose and running repairs had to be done.

Thirteen hundred litres of harvested rainwater were used. They watered from the northern side of Main Street through to Aldi at Eastgate.

The rain on Tuesday night was welcome to replenish the water harvesting tanks.

Wednesday night the watering took one and three-quarter hours for both men. Seven hundred litres of water were used.

The southern side of Main Street including the Towers and the Parklet were watered. Eastgate was finished off from last night. Fr. Sexton Park, Station Road and the Church of St. Mary & St. John were also watered.

The next watering has been pushed out to Friday night.

The Planters are looking really beautiful. The watering is hard work and takes a lot of time but is definitely worth the effort.

Ten bags of Litter were collected.

They covered the area from Carrigrohane to Classis, including all the back roads.

As a result of Residents from Coolroe Meadows weeding the Flowerbeds seven bags of Green Waste were collected.

During the week several of our Volunteers carried out Litter Picks and collected four bags of Litter, one bag of Glass, one bag of Cans and one bag of Plastic.

John gave the Flowerbed at the entrance to Greenfields Estate a complete makeover. The result is excellent. 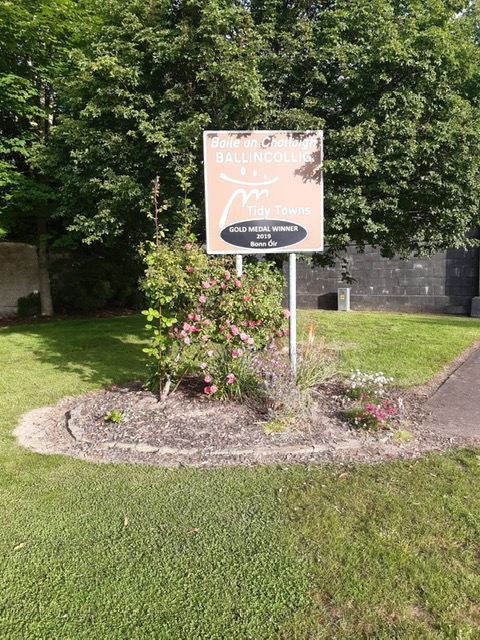 Saturday morning was a busy one for John. Following the makeover of the Greenfields Flowerbed he gave the Classis flower bed near Applegreen a much-needed makeover and tidy up. 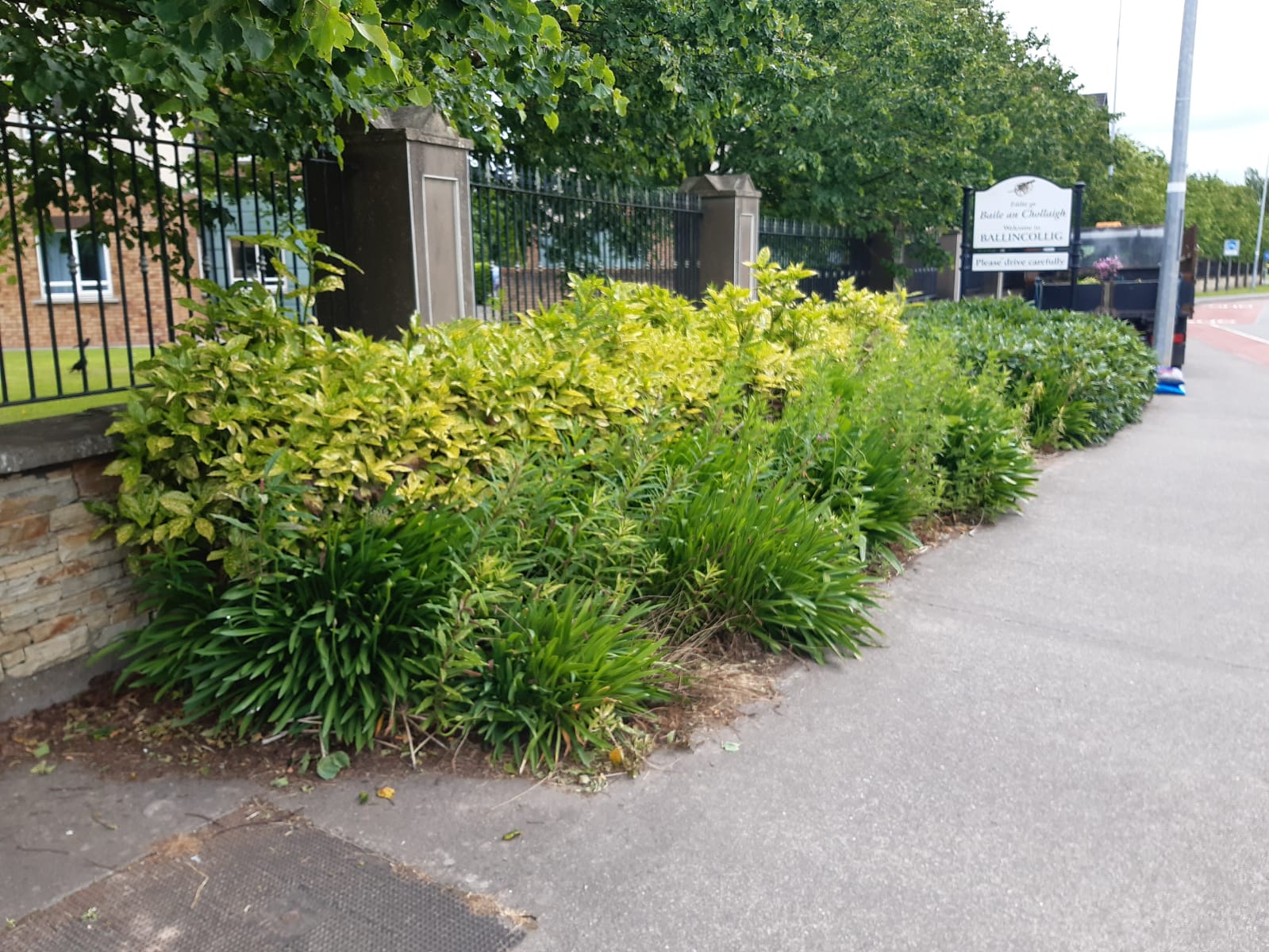 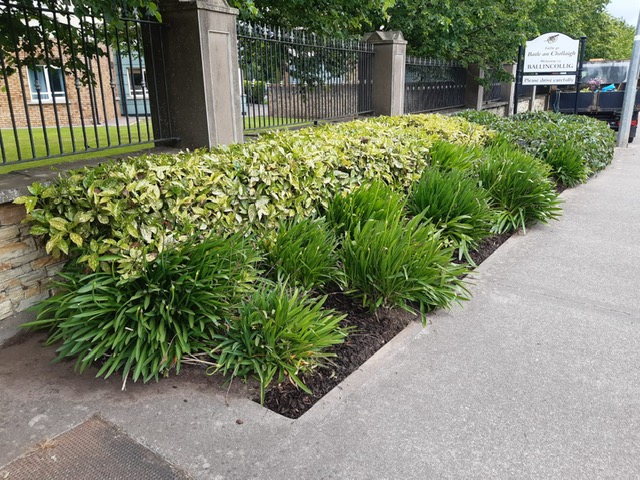 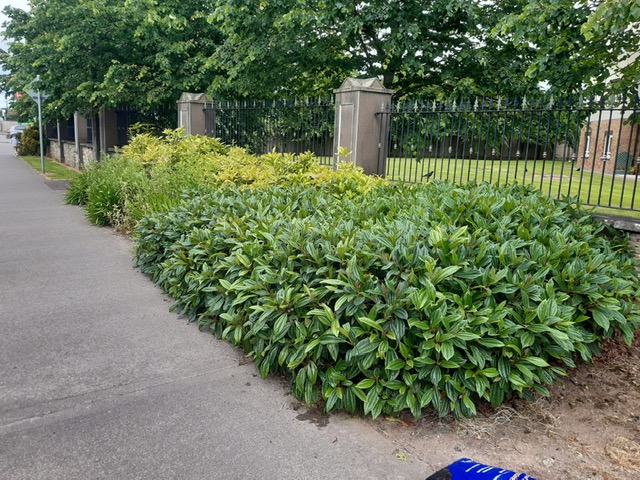 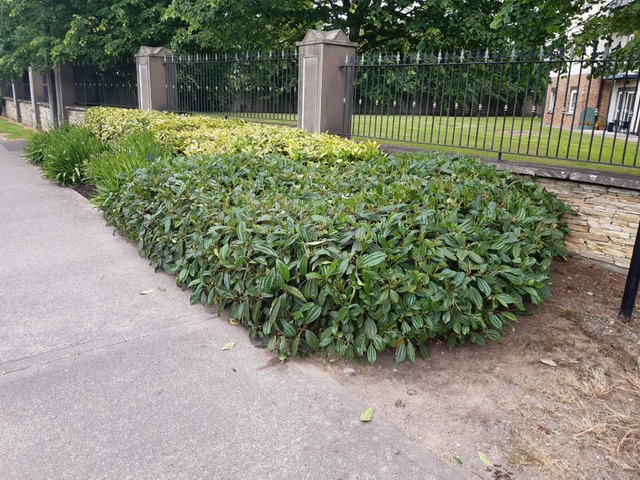 Also, on Saturday Denis gave the flower bed at Classis near the Rugby Club a tidy up.

The bed is part of the Pollinator Corridor which can be viewed on the map on our website homepage. 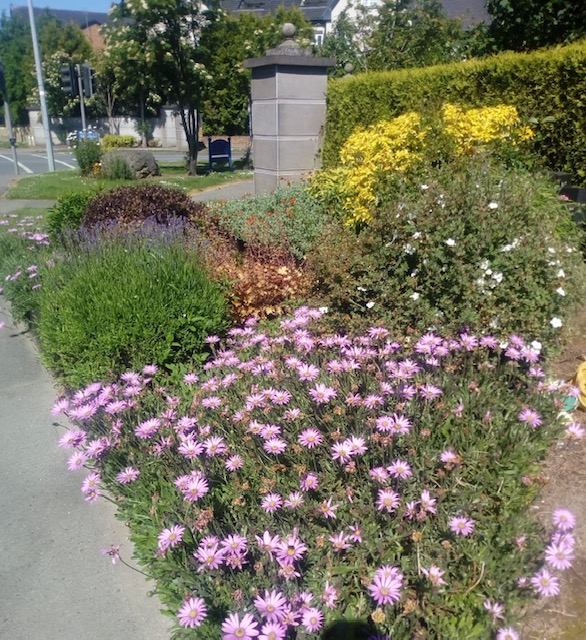 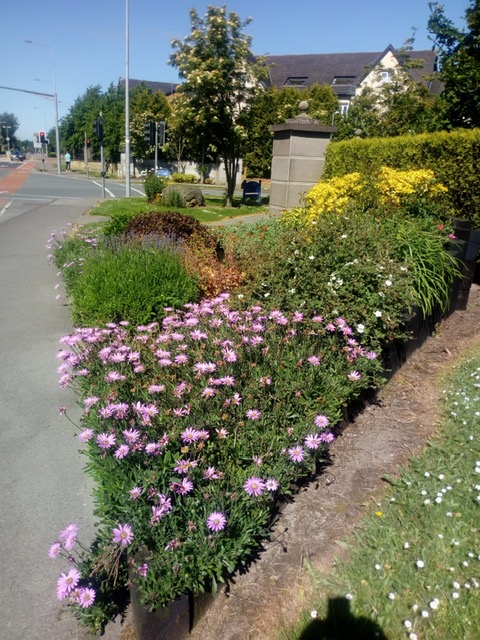 Some of the Hydrangeas that had been growing in pots were planted out in the Allotment. Slips were taken back in the autumn and these were grown on in the polytunnel.

On Wednesday night Tadgh and Mary were busy working on the Flowerbeds on Station Road. They did a fantastic job. 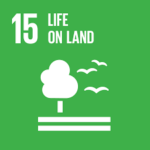 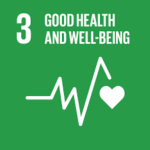