THE TIME IS NOW

Ballincollig Tidy Towns is at a critical stage.

Volunteers are badly needed. The work we do has been dependent on the same few groups and individuals for a long time now and this has put a great strain on us.

The work has increased and projects are plentiful but the number of Volunteers hasn’t.

We don’t have enough people on the ground to get through all the work that needs to be done.

Once again, we are pleading with people to come out and do their bit.

Whether you’re an individual, group, business, school or club we need you.

Many of our members are older and the work is becoming too much for them.

It’s new blood we need if we are to survive. New blood to push forward and help Ballincollig improve.

Ballincollig Tidy Towns should be so much more than a few who give so much of themselves. It needs to reach right across the community.

Why isn’t it the same for Ballincollig?

We cannot stand still or worse slowly disappear. We need people to come out and take up the challenge to improve the community they live in.

It is not enough for people to pass by and say ‘well done what a great job you are doing’. Be part of the work being done and part of the result.

COME  OUT  AND  GET  INVOLVED

As part of the overhaul of our Allotment, our Volunteers were busy clearing away the old bark mulch on Thursday night last. This was in preparation for new bark mulch which was due to be delivered this week.

On a beautiful Sunday morning 22 Volunteers came out for the weekly litter pick. While the majority of them covered a large area litter picking, two Volunteers worked at the Allotment, two more watered the planters at Eastgate and the tiered towers on Main Street while another Volunteer went litter picking before it got too hot and then came and dead headed flowers afterwards.

It was a great morning’s work in wonderful sunshine.

During the week as is usual, several litter picks were carried out on Main Street by some of our Volunteers.

We were extremely fortunate to have 15 Volunteers our for the Work Night this week. The majority of us worked in the vicinity of the Allotment. However, two were watering while another two carried out a litter pick.

Watering Team 2 were out early on Sunday morning. They watered the towers on Main Street and the much used and much loved Parklet.

They also filled the reservoirs of the planters at Eastgate.

On Monday evening Watering Team 1 watered all the planters on the northern side of Main Street before running out of water.

On Tuesday Morning the beds at Fr. Sexton Park, the two beds at Station Road & Baker Street were all watered.

The Southern side of Main Street was also watered on Tuesday.

The care and attention being given to the flowers is beginning to show as they are really beautiful and thriving.

YOU GOTTA BUY ONE TO KEEP ONE!!

Have you got your Ballincollig Tidy Towns Keep Cup?

Do your bit to help the planet and make a difference.

Keep Cups are available from CAFÉ CHICO in the Regional Park Ballincollig and from THE PLAZA in Time Square.

THE DIFFERENCE AN HOUR MAKES

Baker Street was the project for tonight’s strimming, edging and cutting hedges. Seven Volunteers tackled the area and after just over an hour it was transformed.

We will return to tackle a second section. 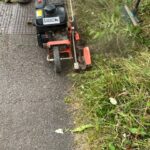 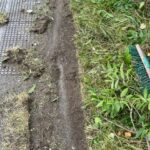 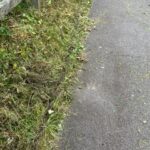 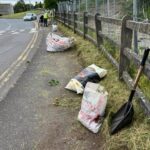 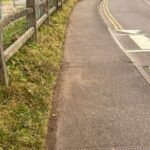 How beautiful are the Hydrangeas at Carrigrohane.  What an amazing sea of colour from a certain amount of them. However, there are a number of others that appear to be struggling while a some have failed completely.

The recent heatwave has taken its toll and made things more difficult for the Hydrangeas. Because of this we took the decision to take both water tankers to Carrigrohane on Wednesday evening and spend time watering them all especially the weaker ones. Hopefully this will pay off and they will continue to get stronger.

Living well in later life is important to all of us. These days the ‘new old’ are healthier, more active and thankfully more technologically engaged. Their expectations are changing. And to meet these changing expectations requires a wider mix of age friendly housing options and healthcare supports to suit diverse lifestyles.

Agefriendlyhomes.ie – Information on Housing for our Ageing Population.

This website provides resources, guidance and links to other sources of information to support people to live well as they age. Here you will find information on new and existing homes, grants and funding, healthcare, design information, technology, public realm, regulations, policy and research. It is now also home to our weekly Telehealth Blog.

The cheque was accepted on behalf of BTT by Tony Whelan and Tom Butler.

Ballincollig Tidy Towns is very grateful for this donation from Tesco.

Thank you to all those who put the Blue Discs in the BTT slot. The money will be allocated to the Biodiversity Project at The Old Quarter Quarry. 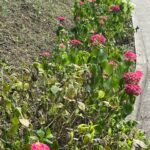 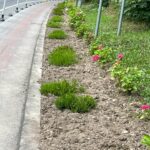 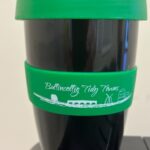 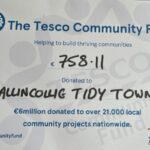 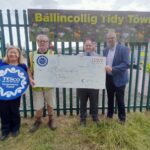 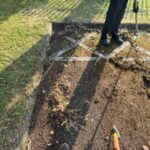 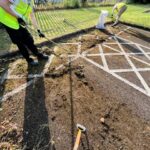 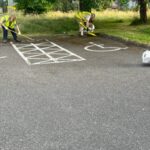 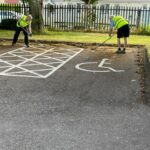 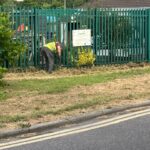