THIS ONE’S FOR YOU

On Friday 28th October Ballincollig Tidy Towns was awarded its 10th Gold Medal at the 2022 SuperValu National Tidy Towns Awards Ceremony in the Shelbourne Hall in the RDS in Dublin.

This award is being dedicated to our Stalwart Volunteer, Committee Member and Dear Friend TONY WHELAN. Ballincollig Tidy Towns will be forever in your debt.

As 882 various Tidy Towns groups from all over the country waited for the results of their efforts, those attending the ceremony itself were feeling both nervous and excited.

The Chairman of Ballincollig Tidy Towns, Tom Butler, attended with three of the groups Volunteers. He said that the anticipation is like waiting for the Leaving Cert Results. He went on to say how good it was to meet up with other groups from around the country, people they have become friends with over the many years. Each wishing the other every success.

Ballincollig is in Category G – a Population of 15.000 to 25.000. We were delighted to score the Highest Mark in the Country in this category.

Ballincollig was awarded 363 Points this year. This was an increase of 13 points in 2021 which we are extremely proud of and pleased with. We increased our points in each of the categories we are adjudicated on.

We are very pleased to Win the County Award in Cork South.

And of course, a huge congratulations to Trim, Co. Meath – Ireland’s Tidiest Large Town and the overall winners with 366 Points.

The adjudicators comprehensive report was very positive and certainly gives us guidance for a variety of work to tackle in the coming years.

We as a group will spend time dissecting this report and the comments will act as the basis for the year ahead.

Below is the link to the Adjudicators Report. 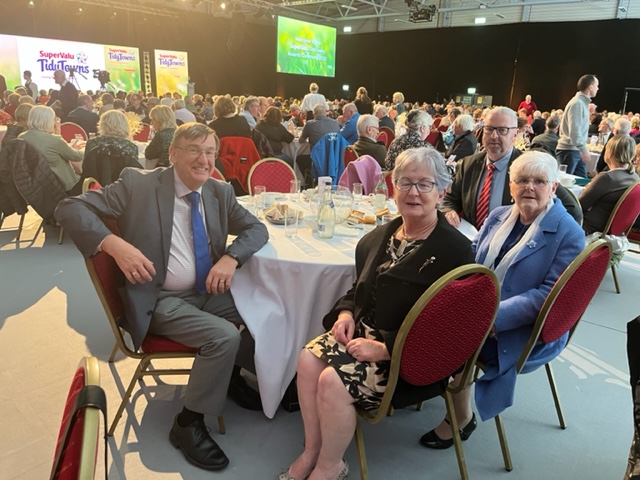