THIS WEEK IN TIDY TOWNS

Following our recent appeals for people to make the effort to clean the front of their properties, we  must now say a big thank you to those who did just that, washing, brushing, painting and garden maintenance.  We continue to ask that owners keep up their responsibility and that they keep their premises litter free at all times. 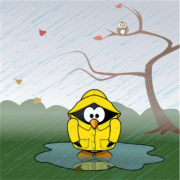 Last Sunday, the 23rd June, we had no option but to cancel the normal litter pick due to the extremely wet day.  The only up side was that it was so wet from Saturday that there was very little litter evident.  Also the rain meant less water was needed for the next watering of flowers and shrubs and our rainwater collection system was well topped up. Some Volunteers did manage to brave the elements and pick litter around the town.

During the week to last Saturday there were Volunteers litter picking each morning and from those efforts we had three bags of litter and two bags of recyclable materials.

The allotment site has been given a big clean up and reorganisation.  On the roads the group put time into a number of works including fence painting, grass cutting, kerb cleaning and bag collections. There was also plenty of weeding and clearing done around Ballincollig.

The Tuesday and Thursday work nights saw over thirty Volunteers turn out.  At Sunningdale the kerbside weeds were cleared and the dry stone wall cleared of both heavy overgrowth and weeds over the course of the two evenings.  Similar cleaning was done at the traffic islands at Greenfields Road roundabouts. These islands were then washed to bring them back to how they were originally. 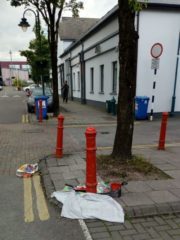 Bollards, boxes and some kerbs got a fresh lick of paint and in some cases this was badly needed.  Preparation for more bee friendly planting was carried out at Poulavone in conjunction with the joint ongoing works  there with Griffin’s Garden Centre.

A lot of planting has recently been added to compliment existing bedding areas. These all require maintenance and watering. During the week Volunteers put in over fifteen hours watering all the planting schemes.

Two big projects were tackled by up to 40 VMWare volunteers on Friday last.  One group cleared weeds around the Hydrangeas near Poulavone and the second group cleared the kerbside weeds along the road from St.Oliver’s Cemetery to Inniscarra View Estate.  Their efforts are more than appreciated and the works they completed make an enormous difference to Ballincollig Tidy Towns. The sense of community spirit the VMWare staff possess is fantastic and infectious. 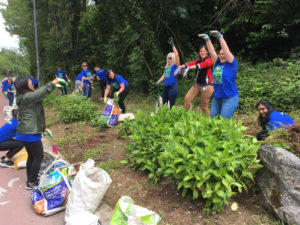