‘I would have been lost without it’: Older volunteers say Tidy Towns has been a lifeline during lockdown

Volunteers said the amount of litter has been “particularly bad” during the pandemic. 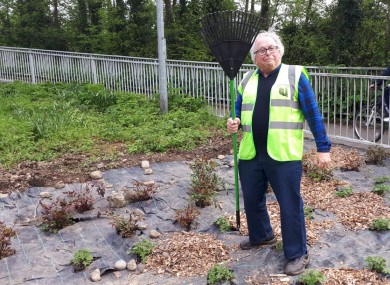 SOME OLDER PEOPLE involved in Tidy Towns have praised the local groups for getting them out of the house in a safe manner through litter pick-ups and other outdoor activities during the pandemic.

The national Tidy Towns competition was cancelled in April this year due to Covid-19, but that hasn’t stopped groups gathering at a local level to keep their areas clean.

The chairperson of Swords Tidy Towns Ken Duffy said there has been an “increase in enquiries from people just looking to get involved” during the past few months.

One volunteer in Swords, 68-year-old Georgy Hughes, has been involved with the Tidy Towns group for years. She mostly takes part in the regular litter pick-ups.

“I feel I would have been lost without it,” Hughes told TheJournal.ie.

I know it doesn’t sound very exciting at all, but just to be able to get out even for just an hour was great. 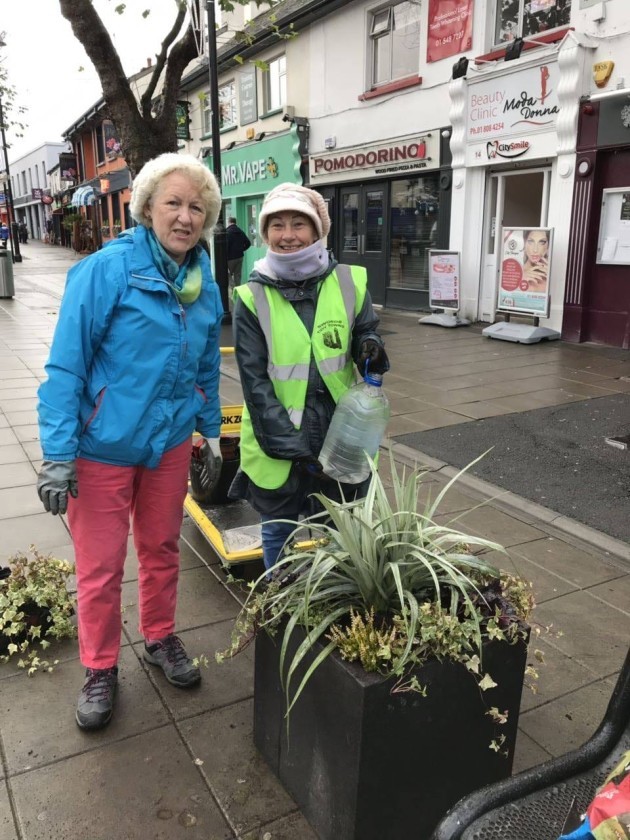 Hughes said the litter was “particularly bad” during the pandemic with masks, disposable gloves and alcohol cans scattered across the town.

“A lot of us are pensioners and I found it great… that we could go out individually and litter pick. We had our masks and you could distance yourself.”

Earlier this week, the results of a nationwide litter survey undertaken during the pandemic showed a dramatic fall in the number of towns and cities deemed to be ‘clean’.

According to the survey by Irish Business Against Litter (IBAL), personal protective equipment (PPE) litter was widespread and there has been an increase in the prevalence of cans and glass bottles.

However, despite this increase in litter recorded around the country, local Tidy Towns groups said volunteers taking part in litter pick-ups have not slowed due to coronavirus fears.

‘The social interaction is so important’ 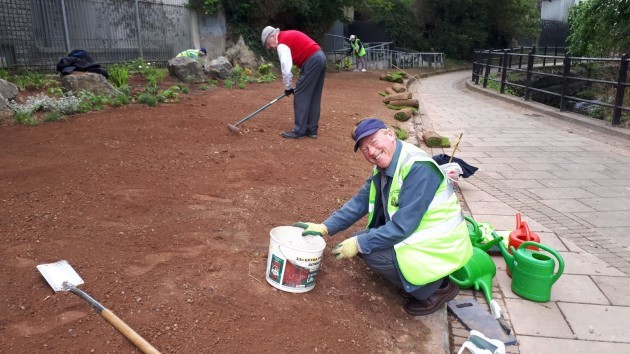 Another volunteer in Swords Matt Cullen said he has been involved with Tidy Towns since 2004.

He said at this time, Swords had a much poorer litter ranking than it does now.

Earlier this year, the town ranked third in the 2019 Anti-Litter League survey also conducted by IBAL.

“I’ve been involved in community work for 47 years at this stage,” he said, adding that he is “hoping to make it to the 50th”.

Cullen has a serious illness and was cocooned for part of the pandemic. He said he was  “walking around the house doing circles” before getting back to litter pick-ups.

“The social interaction is so important, obviously still all socially distanced from each other,” he said.

On a personal basis, it’s also a distraction away from the illness. When you’re cocooned thankfully you have family to talk to, but this is in the outdoors so it is a wonderful distraction from being totally locked indoors. 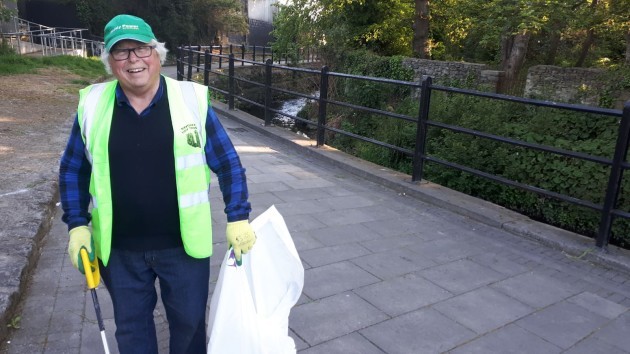 78-year-old Malachy Kerr, another volunteer with Swords Tidy Towns, said he got involved with the group a few years ago.

“When things came back a bit to normality, we purchased Tidy Towns face masks and everybody uses them when we’re out,” he said.

“I think you’re giving something back to the community. Even if the people in the community don’t notice it right away, they do when they walk around in the clean streets and see the flowers planted.”