Last Sunday Ballincollig Tidy Towns welcomed its newest Volunteer who recently moved to Ballincollig from the Ukraine.  Maiia Khruslova expressed an interest in joining Ballincollig Tidy Towns and offered to share her expertise with us. Since 2006 Maiia owned her own Landscape Design company and her knowledge is vast. On Sunday she worked with two of our Volunteers in the Allotment. We are extremely grateful to Maiia and hope that she will enjoy her time in Ballincollig and with BTT.

Pics: work being done by Maiia, Anne and John in the Allotment 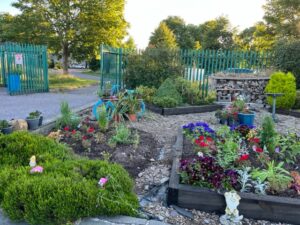 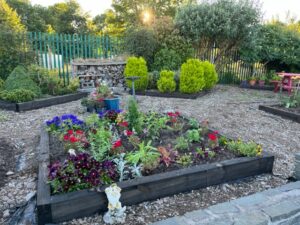 Monday night with a break in the bad weather, one of our Volunteers was able to cut the grass on Poulavone Roundabout. The grass is mulched while cutting which certainly helps.

The Roundabout is ‘buzzing’ these past number of weeks, the many new pollinators making an enormous difference. Leaving some areas of the grass uncut has also been beneficial.

Cutting the grass can take up to one and a half hours. Quite the workout for some! Five dizzying miles around and around!

Sunday morning with a group of 19 Volunteers and 1 loyal Transition Year student we managed to cover a large area during the weekly litter pick.

It was refreshing and promising to see the next generation also stepping forward. Two girls, one visiting from London, came out to give their grandmother a helping hand.

Three Volunteers were busy working in the Allotment giving it a complete makeover.

As is usual, several Volunteers were also out during the week making sure litter was picked on Main Street.

When the collected litter was segregated it yielded one bag of cans.

The Residents of Leo Murphy Terrace were busy and as a result we collected 2 large bags of Green Waste from them which was taken to the Allotment. 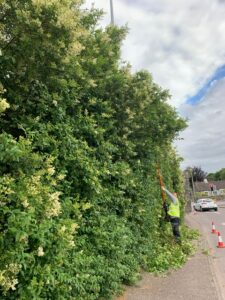 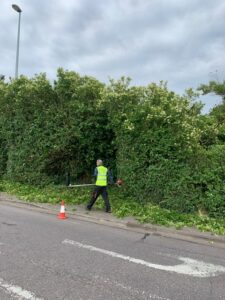 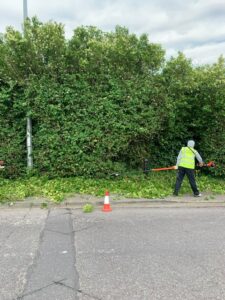 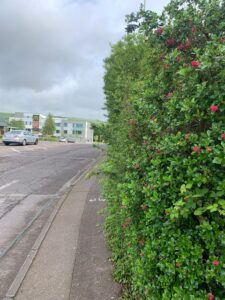 How disappointing to see so many weeds growing outside a number of retail and food premises. It really would not take much to remove them and have the places clean as customers enter and leave.

Our Volunteers and City Council members do their best to make sure they remove all weeds but we rely on business owners to do their bit as there is so much ground to cover.

Please play your part and fix this.

In the fifty-seven years, through its fair share of highs and lows, Ballincollig’s great sense of community has continued to grow from strength to strength. Many Volunteers have come and gone throughout those years and given freely of themselves for the betterment of the ‘village’.

Ballincollig Tidy Towns has achieved so much and has put down solid roots for a better tomorrow for generations to come.

So, to mark this fantastic fifty-seven-year milestone, our present Volunteers got together for the first time in over two and a half years to enjoy some celebratory food and drinks.

We would like to thank Miriam, Helen and the staff of The White Horse for looking after everyone so well.

It was a busy night for our 15 Volunteers last Thursday. One group was litter picking while another was cleaning footpaths and kerbs. Our new metal attachment on our strimmer made its debut and it made a huge difference allowing us cover a lot more ground.

The night’s watering by the ‘Water Boys’ took two hours and they used 700 litres.

All the street planters, wooden planters and the parklet were watered and fed in that time.

Because of the heavy rain they hadn’t needed watering since the Thursday before. The harvesting tanks were also filled with rainwater.

Our Volunteer Jacqueline carried out some pruning from the front of Westcliffe and we collected 3 bags of Green Waste.

This week’s Thursday work night 13 Volunteers were out cleaning kerbs on the Old Fort Road.

Some of our Volunteers were litter picking in the Town Centre.

Others cleaned the footpaths on Bar na Sraide while the kerbs of the car park were also cleaned.

With 19 Volunteers out for Tuesday’s work night we managed to cover several projects. These included litter picking, weeding on Main Street, cleaning Chapel Lane and Chapel Lane East and the lane from The Old Square to Baker Street. In addition, Volunteers were dead heading flowers, removing graffiti and cleaning traffic islands.

Over the past number of weeks there has been a sizeable increase in graffiti and although our Volunteers are tackling it as much as they can, sadly it is becoming quite a problem. Some of those responsible have now been caught on camera.

We in Ballincollig Tidy Towns are appealing to those involved to stop. Times are hard and money is tight and people cannot afford the extra cost to clear graffiti from their homes, offices and premises. We as a group cannot afford to keep paying out for the equipment needed to remove the graffiti from community areas and amenities.

We have limited funds and time. We are striving to make the community look its best for the benefit of everyone.

Pics: from the week 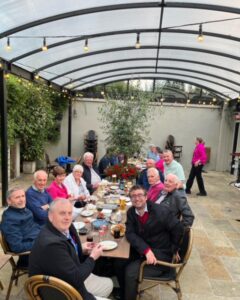 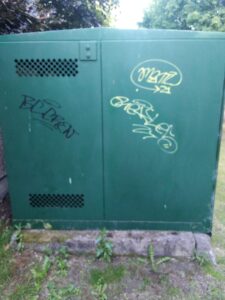 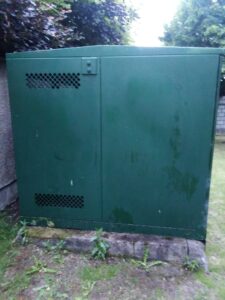 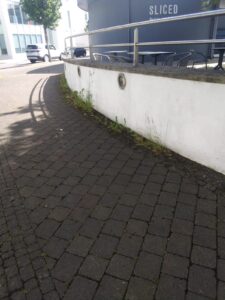 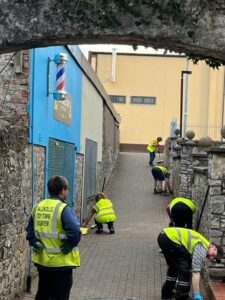 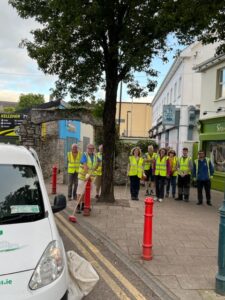 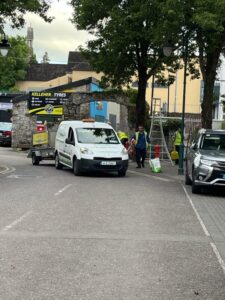 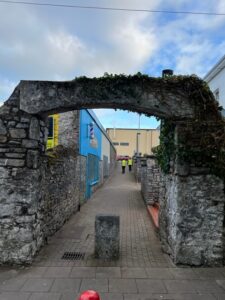 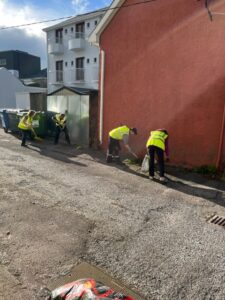 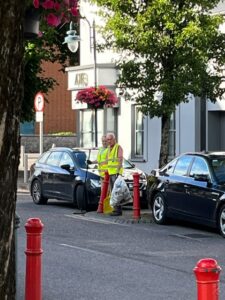 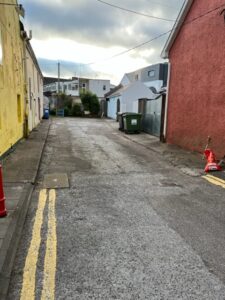 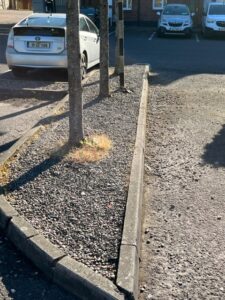 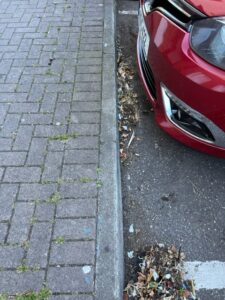 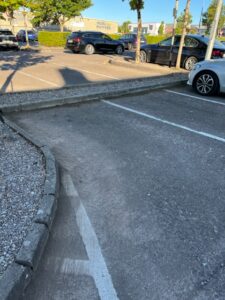 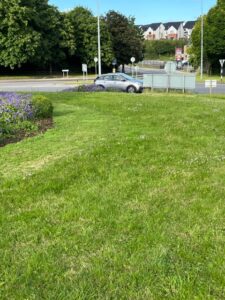