Our main competition each year is the SuperValu National Tidy Towns Competition.  Results are being announced in Dublin on Monday next 30th September. We will of course be attending. Wishing everyone the very best of luck.

The 22nd September was fine and sunny in Ballincollig as we gathered for the weekly Sunday morning Litter Pick.  With twenty nine Volunteers including ten Transitional Year students the litter was cleared in an hour and after the cuppa at the Oriel House Hotel the final bag count was eleven bags, three of which were segregated for recycling.

On a boundary approach road a Volunteer picked a bag and a half of rubbish, the first visit to the location in almost 2 months. During the week before there were volunteers active each day and total litter collected amounted to five bags of waste and two of recycling.

As is now normal the week’s work began with sorting waste at the Allotment site.  Then it was on to more edging on Old Fort Road. Another day was spent in the company of three VMWare volunteers where they edged grass margins on both sides of the road at Maglin Cross.  Another wonderful contribution from both VMWare personnel and our own CE/Tus Workers .

It was the final week for two of the group. Alex and Luke finished their time with us.  Both did great work during their time and we are very grateful to them for all they did.  Our loss is lessened with the arrival of Con and we look forward to working with him over the coming year. 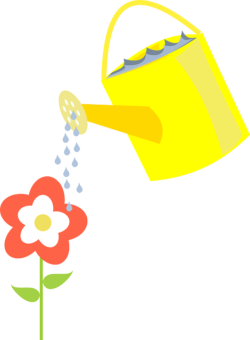 Watering Planters and Bedding Areas continues as, some days despite increased rainfall, they need that extra amount.  During the week near to 15 hours were put into watering by various Volunteers..

Locally, we look to our own Awards Night coming up in early October.  We would ask last year’s winners of Perpetual Trophies to please return them to us as soon as they can as we need to finalise preparations for this special night.

Visit our Website for all the community news  https://www.ballincolligtidytowns.ie