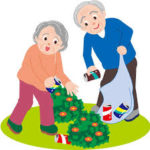 Last Sunday, due to the very heavy rain, the weekly litter pick was cancelled. Thankfully, this rarely happens and although the pick was called off, a couple of our Volunteers still went out on Main Street and collected four bags of waste.

During the previous week up to last Sunday, there were several Volunteers litter picking on Main Street and on the road near Poulavone each morning.. 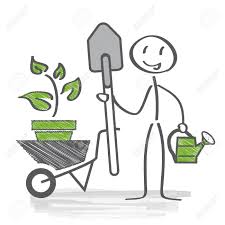 There are many areas throughout Ballincollig that are benefiting  from this group’s work as they are busy weeding, pruning, cutting, clearing out in and around several estates and along the main roads.

With the weather improving somewhat, more and more residents can be seen doing such work as clearing kerbs in their estates.

Each year the residents in the various estates are taking more pride in their surroundings and give of their time to make sure the areas around their houses are kept well maintained.

More have begun the work of edging grass margins and clearing low hanging branches from trees.  All the work done is adding to the overall appearance of these estates.

Giving To The Community

The staff from VMware give Ballincollig Tidy Towns great support throughout the year.  On Monday the 4th March a large number of volunteers from the Company turned out and tackled clearing kerbs and verges on the road from East Gate to the GAA complex.

This is a good stretch of road and is quite busy and so is difficult to clear. With the help of the VMware staff the job was completed in no time and has made an enormous difference to the area.

Other Work In Progress 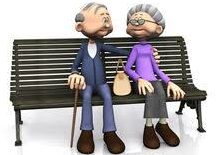 On Monday and Tuesday last tree maintenance works were carried out on behalf of the Council. Trees on Main Street were pruned back where appropriate including the lattice work at The Old Square.

At East Gate the trees fronting the entrance gateway were removed. This has revealed the original walls. They were power washed and the area had fresh gravel laid among the remaining trees and benches. This has opened up the area and makes it a lovely place to sit among the busy street and watch the world go by. At night the East Gate is lit by floodlights giving a very restful scene. 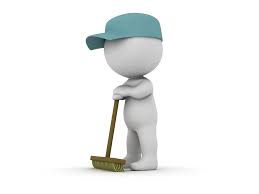 April is known for National Spring Clean week which actually takes in the entire month. Projects taken on and completed over the next five weeks will also count towards Ballincollig’s contribution to the National initiative.

We have taken delivery of Spring Clean kits from An Taisce.

The Ballincollig Tidy Towns Website is currently undergoing improvements.  We hope you will take the time to visit it and perhaps offer some feedback on what it is you would like to see there. 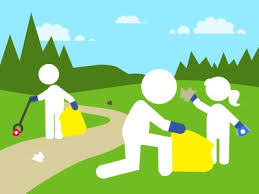 If you are interested in joining us any Sunday just come along to Quish’s SuperValu West End where we meet up at 11.00 am for our weekly litter pick.