For a second year Ballincollig Tidy Towns has been unable to properly thank all of their Volunteers and Transition Year students for the wonderful work they do keeping Ballincollig looking it’s best.

Last Sunday we managed to gather in small groups in The Plaza where we were treated to mulled wine and some wonderful finger food. Mary and Ahmet   couldn’t have done more to ensure that everyone was safe. Certificates were checked at the door and there were individual plates of finger food for each person. There was Chocolate Fudge cake for the TY students along with mugs of hot chocolate.

It was a lovely get together and we were grateful that we got to say ‘Thank You’ to everyone.

Monday proved to be a very busy morning. John and Adrian sorted through Sunday’s litter at the allotment. They also emptied all the bags of leaves into the compost bay. These leaves were taken from Fr Sexton Park and Eastgate.

A winter clean-up of the Parklet was carried out as some of the plants had unfortunately been pulled out by some passers-by the night before.

The work then moved to Barry’s Road where 10 bags of leaves were collected from the footpath near the apartments. Their removal has made the footpath much safer.

Adrian spent Tuesday morning at the allotment sorting leaves. He also started to empty and clean the many planters used at Eastgate. Once emptied, they are washed and checked for leaks. In the new year each planter will be painted ready for the spring flowers.

Adrian raked the grass from the wild flower bed on the Link Road. The grass filled 15 half one-ton bags.

16 black bags of leaves were collected from Tadgh in Classes Lake and these were emptied into the compost bay. 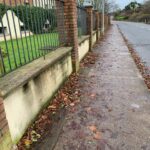 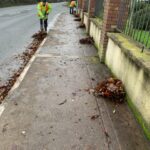 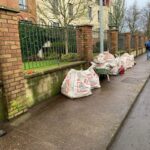 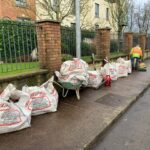 Over the past number of years, Ballincollig Tidy Towns has been fortunate enough to have Tesco Ballincollig donate their unsold plants and bulbs in the hope that they can be of some use rather than simply dumping them.

John and Anne spent Thursday morning planting some of these bulbs at the allotment. The allotment will be filled with colour in the spring.

There were 32 Volunteers and 3 Transition Year students out on Sunday’s litter pick, the second last one for 2021.

Some of the Volunteers worked with the Transition Year students collecting leaves.

A large area from Carrigrohane to Classes was covered.

During the week some of our Volunteers carried out several litter picks.

Along with the litter, one bag of cans and one bag of glass were collected for recycling.

WE NEED TO MAKE CHANGES

This week we take a look at even more changes we must make if we are to save our planet.

Humans create the most detrimental impact to our planet. Humans produce more CO2 each year than volcanoes. They emit a mere 0.15 billion metric tons while people emit 90% more at approximately 40 billion metric tons of CO2. It is critical we reduce our individual greenhouse gas emissions to help the future of our planet.

Carbon footprint is defined as the total amount of greenhouse gases produced both directly and indirectly. It is usually expressed in equivalent tons of carbon dioxide. Our carbon emissions are the total of all greenhouse gas emissions. From heating our house and driving our car to the food we purchase. The daily choices we make affect each individual carbon footprint. Developed countries typically have much higher levels of individual carbon emissions, with developing nations only emitting a fraction of that amount.

How we can improve –

FAIR TRADE FOR THE PLANET

The effects of changing global weather patterns are all around us. Farmers are experiencing more droughts, floods and soil degradation. Unfortunately, it’s the small farmer who is most impacted.

When we hear of fair trade, we usually think of it as providing fair wages and healthy work environments; but, in fact fair trade is equally invested in preserving the environment.

When some farmers struggled to survive financially, at times they may have taken short cuts with the soil; spraying chemicals or utilizing GMO’s in order to grow crops with higher yields. When fair trade programs began, farmers were receiving fair compensation and were given the opportunity to better tend to their land and the food they were producing.

The aim of Fair trade is to offer better terms of trade to local producers and workers, thus helping to strengthen local communities and protect the environment. Farmers must comply with strict requirements to be considered for fair trade. Some of those requirements relate to soil retention, sustainably sourcing water, carbon emission regulations, Non-GMO rules, and minimizing the use of agrochemicals.

a)  Support restaurants and cafes that promote fair trade goods.

d)  From food to clothing and household goods, there are fair trade companies for us       to support in every industry.

f)   Volunteer to work with fair trade organisations in the community.

SOMEBUNNYS HAVING FUN – Not just for the flowers!! Our furry friends are enjoying the warmth and safety of the compost 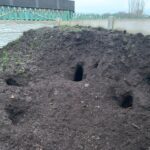 some pics from the week 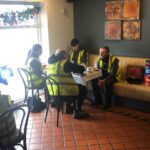 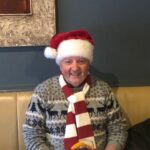 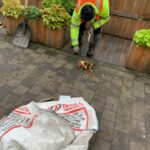 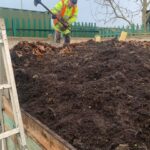 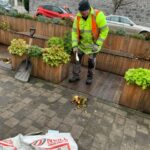 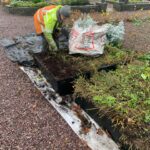 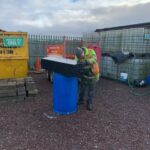 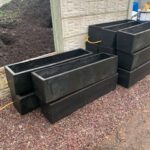 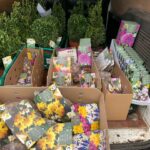 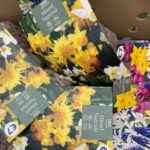