As the Work Nights come to an end for another year, Ballincollig Tidy Towns would like to say a huge ‘Thank You’ to everyone for all their efforts over the past few months since early June.

During this time there have been thirty-six work nights with an average of ten people out each time.

Because of the dedication of those working these nights, several projects have been tackled and successfully completed.

Thank you so very much to everyone involved.

The Planters were put up at the end of May and since then the Waterboys have been out watering over fifty nights. Both the Waterboys, Pat Clarke and Pat Fennell spent more than one-hundred and five hours watering during this period.

The majority of this water has come from the Water Harvesting Tank Farm in Scoil Barra.

On Monday morning Adrian sorted Sunday’s Litter at the Allotment. We are now in a position to be able to segregate the items of waste into the various piles again.

Adrian helped to refill the Water Tanker to have it ready for the two Pats later in the evening.

On Tuesday John and Adrian cut back the overhanging briars by the old Topps site. They had become quite dangerous for the many pedestrians. The owners of the site should, however, be maintaining the site themselves. 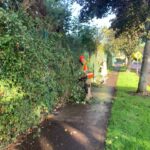 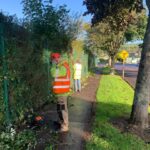 Adrian emptied the Gum/Cig Butt Bins and also carried out a Litter Pick. He refilled the Waterboys Water Tanker to have ready for Thursday’s watering.

We were delighted that Michael, another new Volunteer, joined the rest of the group on Sunday morning for the weekly Litter Pick. In total there were twenty Volunteers on the streets.

All the usual areas from Carrigrohane to Classis were covered. We even managed an additional area from Maglin Road to the flyover.

During the week there were several of our Volunteers on the streets doing daily Litter Picks.

The total amounts collected between Sunday morning and during the week were:-

One bag of Glass;

One bag of Cans and

One bag of Plastic.

One bag of Grass was collected from Leo Murphy Tce.

Four bags of Green Waste were collected from An Caislean.

It’s that time of year again when leaves are starting to fall. These will be gathered over the next several weeks and taken to the Compost Bays at the Allotment. The first of these was a bag of Leaves collected from Beech Road.

Tuesday’s Work Night began at 5pm with the Volunteers managing to avoid the rain.

There were eight Volunteers working on the Poulavone Roundabout and they continued to trim the many shrubs.

Seven one-ton bags of Green Waste were taken away for the Compost Bays. The Grass was also cut and the edges strimmed.

Some more Volunteers were busy doing Litter Picks on the streets.

The light was fading as the Volunteers were tidying their stuff away.

This is the last Tuesday Work Night for this year. 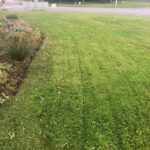 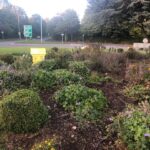 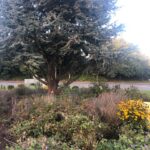 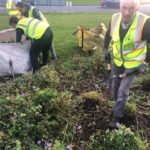 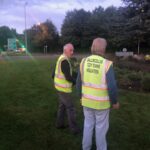 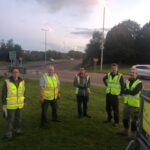 Ten Volunteers gathered on the Poulavone Roundabout on Thursday for what was the last Work Night for 2021.

Everyone worked really hard to get this project completed.

We were delighted with the Poulavone Roundabout this year and the plan is to make it even better in 2022, with the support of McDonalds Ballincollig who are it’s sponsors.

Twenty bags of Green Waste were taken from the Roundabout and these will be put in the Compost Bays at the Allotment.

We also had some other Volunteers picking litter in the Town Centre, as part of the Work Night.

Although the Work Nights have now come to an end, Ballincollig Tidy Towns will be organizing Saturday Mornings in the coming weeks to tackle some more projects. 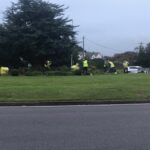 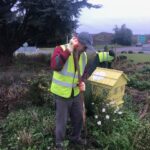 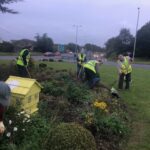 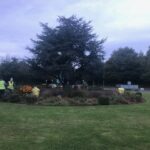 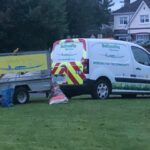 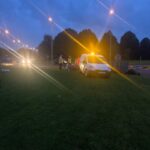 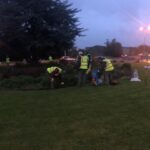 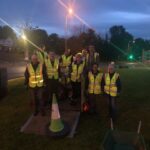 The Draft City Development Plan (CDP), which will guide all development in Cork City until 2028, is out for consultation until October 4.

This is the final chance people have to make a submission on the Plan.

All submissions whether short and to the point or broad and overarching, theme based or area based are welcomed and encouraged.

This is YOUR plan and now is the time to feed into it.

Should you need any assistance and support on this, please do not hesitate to contact the Community team community@corkcity.ie

Although the rainfall helped with the watering, the two Pats were out with the Water Tanker again this week. The flowers are still looking really well and this is down, in no small way, to these two men. 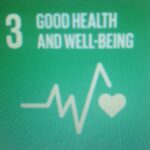 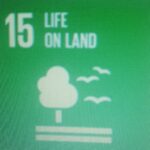